Luton are flying high at this early stage of the season whilst Preston struggle to find any form of consistency. Does that point to an away win? Find out with our Preston vs Luton match preview with free tips, predictions and odds mentioned along the way.

Preston vs Luton: Our Tips

We kick off our predictions with an away win. Why is that? Well, simply put, Luton are having a better season and are in better form right now as well whilst they haven't lost against Preston since 2019 after doing the double over them last season. The recent form shows that Preston have lost three of their last five matches whilst Luton have won three of five. Cut it whatever way you want, Preston have their work cut out – even if they are the home side.

Our final prediction for the match between Preston and Luton is for Elijah Adebayo to score anytime within the 90 minutes. The Luton man has been in fine form this season having netted seven goals from his 13 league appearances to far; that's two more than he managed in 18 appearances for Luton last season. With goals in his last two games, he'll be high on confidence and when strikers are confident anything in and around the box becomes a danger for the opposition.

Find the best odds for Preston vs Luton

Preston's season isn't going to plan as they sit down in 19th with a midtable finish almost nailed on despite the season being just 14 games old. Injuries don't exactly help though and they are currently missing five men including Josh Murphy and Connor Wickham; both of those could have a big impact if fit and on the grass. Luton meanwhile are enjoying lots of success early doors; they're currently fifth. They could be further boosted for this match with Danny Hylton and Dan Potts facing late tests to see whether they can be included in the matchday squad.

FAQ on Preston vs Luton 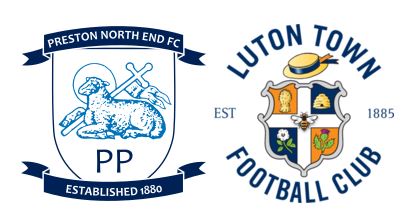