Predictions and Odds for Preston vs Bristol City

Just 3pts separate Preston in 13th and their guests on Saturday, Bristol City, in 16th position. We're expecting a close and competitive 90-minutes between these two sides but expect there to be lots of goalmouth action for the neutrals to enjoy.

Preston beat West Brom away in midweek and won their last home game against Bristol Coty 1-0 back in December 2020 but the main reason we are backing a home win is down to the visitor's poor away form. Bristol City haven't won on the road since October, losing six of their last seven games away from home, so you can see just why we're backing a Preston win this weekend.

Games between these two sides aren't always packed with goals but the recent performances of both clubs suggest that we will be treated to at least three goals on Saturday. Over 2.5 goals have been scored in three of Preston's and five of Bristol City's last six matches in all competitions, and one of Bristol's recent away games ended in a 6-2 defeat.

All you need to know ahead of Preston vs Bristol City

Riis put Preston North End 1-0 up away at West Brom in midweek but even then, most predicted that the hosts would get back into the game. However, a 76th-minute effort from Archer put Preston 2-0 up and ensured that all 3pts would be going home with the visitors. Preston have 36[ts on the board as things stand and look like they could challenge for a top-half finish this season.

Bristol were away at Luton on Tuesday night where they fell behind to a goal just before the interval. However, 11-minutes into the second half, Bristol City's top scorer Weimann got the visitors back onto level terms after good work from Semenyo but a goal from Luton's leading frontman Adebayo thrust Luton back into the lead, a lead they did not surrender second time around. The robins sit three places and 3pts behind Preston in the Championship table but have a much worse goal difference.

Preston: Josh Earl, Joshua Murphy and Isaiah Brown are all injury concerns for the home side.

Bristol City: Andy King, Rob Atkinson, Matty James and George Tanner could all miss the trip to Preston through injury. 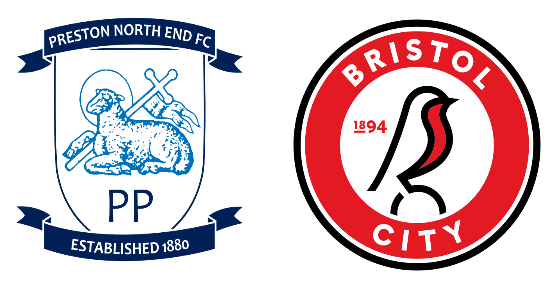