The two teams that don't have a huge chance to reach the World Cup in Qatar will meet in the Paraguay vs Venezuela duel, but we have still prepared a detailed preview of the game for you, along with some free betting tips.

Our top betting predictions for Paraguay vs Venezuela

If you are looking for the perfect bet for the Paraguay vs Venezuela duel, take a look at our favourite predictions and tips right here:

The last three duels between Paraguay and Venezuela have ended in 1-0 wins for the guests, but we expect that pattern to be broken in their upcoming duel. After all, Venezuela has done poorly so far in these Qualifiers with four points from the first eight games, so Paraguay is clearly the favourite in this game despite only winning one game so far. After all, Paraguay also only lost twice and it's time for them to notch another win.

As we already mentioned, all three most recent duels between Paraguay and Venezuela have not only gone under 2.5 total goals, but also under 1.5 total goals. With that in mind, we expect to see another low-scoring match between these two teams, especially since they share the last spot when it comes to the average goals per game with 2.13 goals per game in these Qualifiers.

Since we don't expect to see many goals in this match, we also don't expect both teams to score. After all, we haven't seen both teams score in the last three duels between Paraguay and Venezuela and this match shouldn't be any different. Furthermore, both teams have scored in just 38% of Venezuela matches in the Qualifiers, while the same is true for 50% of Paraguay games so far in the group.

The best odds and stats for Paraguay vs Venezuela

If you are looking for the top odds for the Paraguay vs Venezuela duel, check our list of odds from the best betting sites:

Paraguay vs Venezuela preview: An easy job for Paraguay?

After reaching the quarter-finals of Copa America this summer in which they were eliminated by Peru after penalties, the fans probably expected more from the team in the WC Qualifiers. However, Paraguay so far managed to collect eight points from the first eight rounds, which is only enough for the sixth place in the group and not enough for a spot that leads to the World Cup in Qatar.

With three losses and two draws in their last five games in all competitions, it's safe to say that Venezuela is on a bad run, especially since they lost three games in the row. Also, the team failed to get out of the group at Copa America this summer as well, so the fans will have to wait and hope for better times ahead, even though that seems unlikely.

Frequent questions for Paraguay vs Venezuela 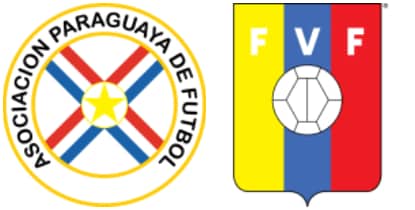