The Paraguay vs Colombia duel is definitely a close and interesting one, so check our preview of this match and our free betting predictions if you wish to know more about it.

Our top betting tips for Paraguay vs Colombia

If you need some help to find the right bet for the Paraguay vs Colombia game, check some of our best betting tips right here:

Three of the last four head-to-head duels between these two teams were won by Colombia and our prediction is for that trend to continue and Colombia to beat Paraguay once again. That being said, Colombia hasn't been in the best form lately and the two teams are only separated by a couple of points at the moment. Still, we expect Colombia to hit their stride soon and a win here would help them get back on track.

Two of the previous four matches between Paraguay and Colombia have gone over 2.5 total goals. Colombia averaged 3.71 goals per game so far, which is most in the group. Paraguay averaged 2.14 goals per game in the first seven rounds, which is the worst average of all teams in the South American WC Qualifiers. So, this game could go either way, but our gut feeling is telling us that we will see at least three goals here.

Since we expect to see at least three goals in this match, we also expect both teams to score. This already happened in two of the last four duels between Paraguay and Colombia. Also, both teams have scored in 57% of all games played by Colombia in these Qualifiers, while the same is true for 43% of all Paraguay matches in the group.

The best odds and useful stats for Paraguay vs Colombia

You can find the best odds for Paraguay vs Colombia right here on our site, among our list of odds from  the top UK bookies:

Paraguay vs Colombia preview: Can Colombia get in good form?

The Copa America performance by Paraguay was not the worst one since the team reached the quarter-finals of the competition, but they were eliminated by Peru in that stage after penalties, which was certainly disappointing for their fans. Meanwhile, Paraguay has seven points from the first seven games in the WC Qualifiers, which is enough to put them in sixth place in the group and in pursuit of a spot that leads to the 2022 World Cup.

After finishing third this summer at Copa America, Colombia will now hope to secure a spot in the 2022 World Cup in Qatar. The team has not been at their best so far in the Qualifiers, but they are still pretty much in the game. At the moment, Colombia is fifth in the group with nine points from the first seven rounds, so they are on course to at least securing a spot in the playoffs. 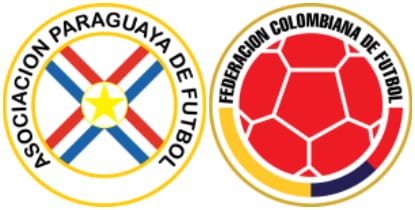