FIFA Club World Cup semi-finals bring together Palmeiras and Al Ahly at the Al Nahyan Stadium. While Palmeiras have enjoyed their start to the 2022 calendar year, the Egyptians are struggling to impose their will on the domestic scene.

Monterrey huffed and puffed but could not get past Al Ahly's defence. The Egyptians will want Palmeiras to suffer a similar fate. Such a scenario looks unlikely. The Club World Cup brought them together last season as well and the result concluded in the Brazilian Serie A side. Moreover, the Brazilians have been in a much better form than their rivals since the resumption of footballing activities. They are on a nine-match unbeaten run, drawing just one of their last five fixtures. They should add to their tally to stretch their imposing form.

Al Ahly has been active recently, playing six matches in January 2022. They did not win once in this period, drawing five times and losing once. They failed to score on two instances and we believe that will be the case this time around. Palmeiras have kept five clean sheets in their last six outings and will want to progress without complicating their affairs. Their last meeting also saw BTTS not coming to fruition and their respective form heading into this fixture hints at it becoming a trend.

Palmeiras vs Al Ahly: Check out the best odds and the latest stats

Palmeiras vs Al Ahly: Check out the team lineups

Deyverson's extra-time effort ensured Palmeiras would reign supreme in the Copa Libertadores for a second year running. They have not let success muddle their on-field performances and continue to go from strength to strength. After three rounds of action, the Big Green are on top of Group C of the Brazilian Campeonato Paulista. Success in the Club World Cup will solidify their legacy and should make it to the final of the FIFA competition.

Africa's most decorated club has struggled to live up to its reputation in the 2022 calendar year. Before their 1-0 win over Mexican outfit Monterry, Al Ahly had failed to secure a win in their five prior outings. Their plight stems from their ineffective midfield control that puts extra pressure on the defence and leaves their attackers with nothing to do on the night. They were second based against Monterry, who created more chances and bossed their African counterparts. The Red Devils task has only been complicated by their progress as an unbeaten Palmeiras stand to block their path to the final.

Questions About Palmeiras vs Al Ahly 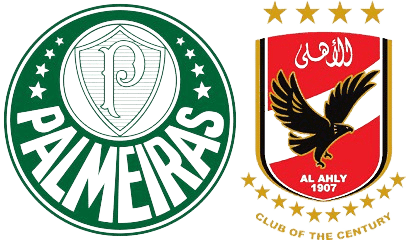 Where is the game being played? Al Nahyan Stadium (Abu Dhabi).

Correct Score Tips: Get your exact result predictions for May 2022