Championship outfit Swansea make that difficult trip to the Kassam Stadium for a game against Oxford United. This League Cup game is all scheduled to take place on August 9, 2022.

Oxford United come into the game with a delightful news after picking up the first win of the season by beating Cambridge during the weekend. Swansea are still waiting for the first win in the Championship after being demolished 3-0 by Blackburn.

Swansea City might be waiting for the first league victory of the season, but they should have a lot more quality than Oxford United coming into this fixture. If Swansea are able to keep themselves together for the 90 minutes, they might very well end up with a first victory of the 2022-23 season. In the last two decades of action between the two clubs, Swansea have fared a marginally better with three wins in six.

Oxford United were able to come up with an injury time winner against Cambridge to pick up the first win of the season. Swansea have also not been great going forward and one of these two teams could end up failing to score.

Oxford United vs Swansea City: Battle for the EFL Cup 2nd Round

Oxford United have had a decent run in recent League Cup outings with the team able to get past the first round in four consecutive seasons. This also includes an appearance in the quarter-finals during the 2019-20 season.

Swansea have had an inconsistent time with the League Cup over the last few years. The 2013 Champions have gone out in the first round in the last three League Cup seasons. This time around, Russell Martin will be targeting an extended run in the competition for the Championship outfit.

Oxford United: Karl Robinson has no injury problems in the squad coming into the game.

Swansea City: Russell Martin will be without Ben Cabango and Liam Walsh because of injury problems. 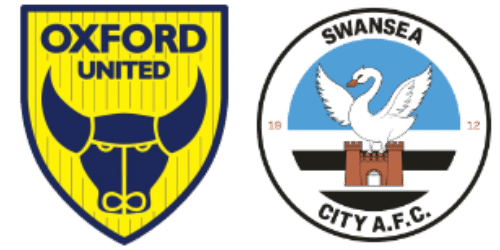 Where is the match scheduled? The Kassam Stadium

Which team is the favourite to win? Oxford United