The first game in La Liga scheduled for Saturday is the Osasuna vs Villarreal duel. With that in mind, we have prepared an in-depth preview of the game for you, along with some free betting tips.

Our top predictions and betting picks for Osasuna vs Villarreal

If you are struggling to decide on the best bet for Osasuna vs Villarreal, check our favourite betting tips for this duel:

The Yellow Submarine has been in great form recently in La Liga, with four wins and a draw in the last five games. Meanwhile, Osasuna has lost three of their last six games.

Despite this, we expect a close game, especially since Osasuna is hosting the match. But at the end, we have to support Villarreal and our prediction is for the guest to win this match.

Both teams have scored in the last five h2h meetings between Osasuna and Villarreal, so we would be very surprised if that isn't the case on Saturday too.

That being said, both teams scored in just 35% of all Osasuna matches in La Liga this season, while the same is true for 46% of all Villarrea games in the league until now. Still, we like to bet on tradition and tradition says that both teams will score here.

The best odds and key stats for Osasuna vs Villarreal

If you want to bet on the top La Liga odds, including the Osasuna vs Villarreal duel, check them out right here on our website:

This is a very interesting matchup and a close duel, so let's take a detailed look at both teams ahead of their meeting:

The team from Pamplona has two wins, one draw, and three losses in the last six games, so they have been inconsistent lately. Still, Osasuna is sitting right in the middle of the standings and chances are that they will finish the season there as well since they are equally away from the top and from the bottom.

Osasuna will once again be without Jesus Areso, but that is likely the only issue with injuries that the team has at the moment, so we will see their best team in the next game.

The Yellow Submarine has been in great form lately with four wins and a draw in the last five games. Thanks to this run, the team reached the seventh place in the standings and they are now three points behind Barcelona who is in the fourth spot in La Liga. In any case, Villarreal should be one of the teams fighting for a spot in Champions League next season.

Ruben Pena and Francis Coquelin are going to miss this game through injuries, while Gerard Moreno and Paco Alcacer are both questoinable for the game.

The most common questions for Osasuna vs Villarreal 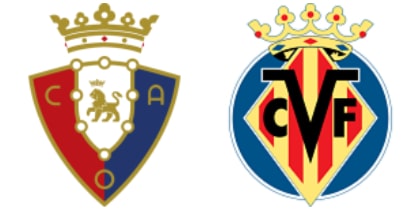