FW Predictions for OB vs Nordsjaelland

Both of these teams will be hoping for a better performance this season after the pair finished in the bottom five last time out. OB got the better of Nordsjaelland last season and the bookmakers fancy the hosts to secure all 3pts on Monday night.

We're predicting goals in this game and the recent history backs that up with three of the last five meetings between UB and Nordsjaelland producing over 2.5 goals. At least three goals have been scored in four of OB's last five matches in all competitions as well as in three of Nordsjaelland's last four outings, adding further weight to our prediction for Monday's clash.

There is a good chance that we will be treated to goals at both ends of the pitch on Monday night as four of the last five encounters between these two clubs have ended the very same way. Both teams have scored in five of OB's and four of Nordsjaelland's last six competitive and non-competitive matches, so you can see just why we're backing both teams to find the back of the net on Monday.

OB vs Nordsjaelland: The Latest Stats and Markets

OB ended up in the Relegation Round of the Superliga last season but finished in 2nd-place, avoiding relegation but also missing out on the European play-off match. Monday's hosts finished one place and 2pts ahead of Nordsjaelland an d ended the campaign with a -1 goal difference.

Nordsjaelland struggled for goals last season and ended the campaign with a goal difference of -9, so it is clear to see where one of the areas they need to improve in this time around. While Monday's guests finished 7pts above the relegation places and never really looked like going down, another poor start could lead them to being dragged into a relegation battle in 2023.

OB: Gustav Grubbe Madsen has an ankle injury that could keep him out of Monday's clash with Nordsjaelland.

Nordsjaelland: the visitors have no injury concerns heading into the first game of the season. 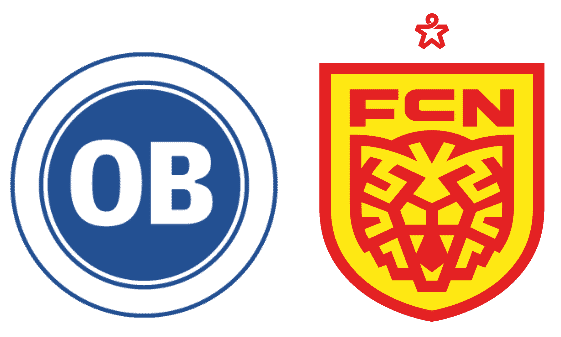