OB have a decent recent record against AGF and will be hoping to secure a positive result this weekend that could take them off the foot of the table. The visitors have made a brighter start to the season than their hosts and should be confident about their chances of coming away with all 3pts on Sunday.

It's hard to predict just which was this game will go but we do expect there to be lots of goalmouth action. Both teams have scored in three of the last six meetings between these two clubs, while five of OB's last six outings and three of AGF's last five fixtures also ended with both teams getting on the scoreboard.

At least three goals have been scored in three of the last six meetings between OB and AGF and we're backing over 2.5 goals to be produced in Sunday's latest encounter between the pair. Over 2.5 goals have been scored in five of OB's last six matches in all competitions, as well as in three of AGF's last five games, adding further weight to our prediction.

All you need to know ahead of OB vs AGF

OB hoping to move off the bottom of the table

OB were taught a footballing lesson in their last league games at home to Midtjylland. The hosts fell behind in the 24th-minute but managed to get back onto level terms through Frøkjær-Jensen and head in at the break all square. However, the second forty-five minutes was completely dominated by the visitors who scored four times without reply to wrap up a 5-1 victory.

AGF and Randers played out a very tight and tense 90-minutes at the Ceres Park & Arena in Arhus. Neither side managed to make a breakthrough in the first forty-five minutes and the second half went the same way in a game in which the defenders certainly came out on top. That point moves AGF onto 4pts from their opening three matches and a victory this weekend could take the visitors into the top four. 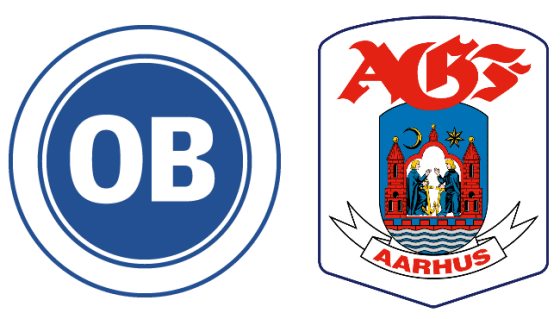