Things have improved at the City Ground since Steve Cooper took charge but they need to start chalking up more wins. Can they grab one when Luton arrive? Find out with our Nottingham Forest vs Luton match preview with free tips, predictions and odds mentioned along the way.

Nottingham Forest haven't exactly been a winning machine of late with just one victory in their last five but they're a hard team to beat, which is proven by the fact they're four unbeaten with Fulham the only side to beat them since mid-September. Luton have won more games in their last five (two) but have lost the other three. Included in those three defeats is the last two matches. When you then throw in the fact that Nottingham Forest have won three of the last four meetings between these sides at the City Ground it's hard to argue that Forest should be targeting maximum points.

Our next prediction for this match is that it will see under 2.5 goals. Nottingham Forest have gone under 2.5 goals in three of their last four matches with an average of 2.3 per game in that time. Luton have gone under 2.5 in four of their last five matches including in their last two. Their average goals per game across those five outings is 2.0. Finally, we have the head to head record to look at; four of the last five meetings on Nottingham Forest's own patch have been under 2.5.

Nottingham Forest to win any half

If you were doubting our opening tip of Nottingham Forest to win the game then maybe this prediction of Forest to win any half is more your style. We have touched on the fact wins have been hard to come by of late but they have won at least one half in three of their last four games. Luton have lost at least one half in four of their previous five away games including in their last three.

Find the best odds for Nottingham Forest vs Luton

The big team news in this match comes from the Luton camp with the fact that Luke Berry remains unavailable due to injury; he's one of their best players and instrumental to their game so it's unsurprising their form has suffered since he has been out. The Hatters can still turn to Elijah Adebayo though. As for Nottingham Forest, Lewis Grabban has been the shining light at the sharp end of the pitch but they don't have a clean bill of health either; Rodrigo Ely, Loic Mbe Soh and Jordi Osei-Tutu – three defenders – are all out.

FAQ on Nottingham Forest vs Luton 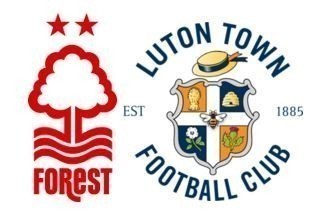