Championship side Nottingham Forest have ambitions of returning to the Premier League this season, while their guests this weekend sit 10th in the top flight and are the current holders of the FA Cup trophy, Leicester City.

Notts Forest have the home advantage this weekend's cup clash as the form favourites with four wins from their last six outings. When these two sides last met, Forest secured a win and a draw against Leicester in the 2013/14 Championship campaign and we're backing this weekend's hosts to either win or end the opening 90-minute on level terms with the Foxes. Leicester have only won two of their last six matches in all competitions and have not been very consistent so far this season.

One thing we do expect from this 4th Round tie is goals at both ends of the pitch as that has been the way three of the last four meetings between these two clubs have ended. Both teams have scored in two of Forest's last three fixtures as well as in five of Leicester's last six outings, so you can see why we're not predicting any clean sheets in this game.

All you need to know ahead of Nottingham Forest vs Leicester

Notts Forest were away at Cardiff in their last game, where an early goal set the Welsh side on their way to victory. The Bluebirds doubled their lead in the second half and although Davies pulled a goal back for Forest late on, there wasn't enough time to find an equaliser. Forest have performed above expectations this season and look like they could yet still make it into the play-off places, so this won't be an easy match for the current FA Cup holders.

Leicester played host to the Premier League's draw specialists, Brighton, last time out, where once again the game ended all sqaure. The first half ended goalless but straight after the restart, Daka broke the deadlock to put the Foxes in front. The game looked like it was heading the way of Leicester but one-goal is rarely a good enough lead in the Premier League and Brighton forced an equaliser with 8-minutes left on the clock to earn a share of the spoils.

Notts Forest: Lolley, Worrall, Mighten and Soh could miss the game due to injury.

Leicester: Evans, Castagne, Vardy, Pereira, Fofana and Bertrand are all injury concerns for the visitors.

Nottingham Forest vs Leicester – Your Questions 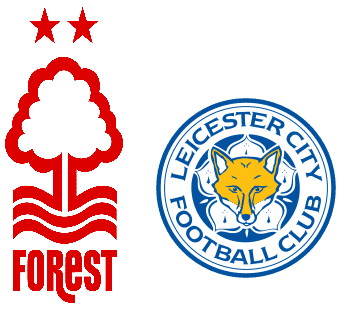