Norwich grabbed their first win of the season in the week as they beat Huddersfield. Will they follow that up with another victory here? Find out with our Norwich City vs Millwall match preview with free tips, predictions and odds mentioned along the way.

We start our Norwich City vs Millwall prediction by backing the home side to collect three points. It's easy to point towards Norwich's slow start to the season but, if you've watched their games, performances have been decent enough. Even so, the lack of a win would have been weighing them down but that's been put to bed now as well as they won on Tuesday evening – it means Norwich are unbeaten at home in three. Millwall meanwhile haven't won in three on the road; they're not a group of fools though so will put up a battle. We don't think they'll have enough though and Norwich have won five of the last six meetings between the two when at home.

Our next tip for this match is that we see at least three goals. Millwall have seen their recent games being uncharacteristically high scoring of late with nine goals netted across their last two matches. Norwich meanwhile have seen plenty of goals in their matches; each of their last three games have gone north of the all important 2.5 cut off. As for the head to head record, three of the last five meetings have gone over 2.5 goals. We expect similar to happen here.

Norwich a somewhat of a bogey side for Millwall

Millwall are a tough side to beat but Norwich City seem to have their number – big time. The Lions haven't beaten Norwich at Carrow Road since 2003 and arrive here with a rather suspect away record – it won't do much for their confidence. Norwich meanwhile might need to work hard for any result here but should be buzzing with that h2h record and now they've banked their first three points of the season.

Norwich ended last season with a whimper as they fell through the Premier League trapdoor and this season was in danger of slipping into something of a dampener as well. A home win over a Huddersfield side that are tipped to do well though will have boosted morale. With a good home crowd behind them, they could collect another three points here.

Millwall are known for their spirit and are a real force to be reckoned with; that's true when they're at home at least. Of course, here they are on the road and that's been a different story. They battled back well in the week to rescue a draw but the fact they're winless from three away games so far this season won't have gone unnoticed. Carrow Road is a tough place to go too.

A quickfire FAQ on Norwich City vs Millwall 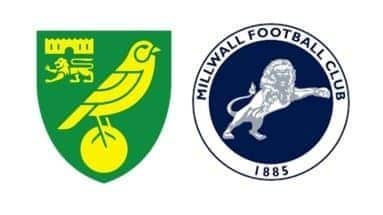