Nice hosts Rennes in Round 30 of the 2021/22 Ligue 1 season. Both teams are aiming for a spot in top two and with only one point adrift of second-placed Marseille, Rennes will do all it takes to get all the points in this game. However, losing the reverse leg 2-1 is an important stat to factor in ahead of this encounter. Read our analysis and preview of this Ligue 1 game for more details as well as free predictions.

Rennes lost thrice in to Nice in the last five meetings. But with most bookies backing the visitors in this trip to Nice, do they have what it takes to take all the points on matchday? Read our detailed betting tips and predictions for this Ligue 1 game below.

Rennes is our pick to find the net first in this game. The visitors lost only once in the last seven games and won the other six matches. On the other hand, Nice bagged three wins, two draws and two losses. The hosts seem to struggle with scoring goals having netted only three goals in the last three games before the international break. On the flip-side, the visitors scored 12 goals in three games in the lead to the international break. We expect Rennes to keep their top form and score the first goal against a seemingly struggling Nice in this encounter.

More than two goals is our expectation for this game. The visitors scored at least two goals in one of their last three games and at least four goals in two games within that duration. More than two goals were scored in three of the last four meetings and in four of the last six encounters. Nice should come back from the international break a more re-energized outfit as they fight for a place in the top three hence should score at least a goal in this game.

Here are more stats, the best odds from top UK bookies and H2H stats for this fixture.

Nice vs Rennes Preview: The Race for Top Three Heats Up

Nice and Rennes will square it out in the race for top three in Ligue 1. The hosts are currently ranked fourth, two points below the visitors, Rennes. It sets the stage for a tight race for a Champions League place next season because even fifth-placed Strasbourg in only four points shy of the third place.

However, looking at how these teams performed recently, Nice has had lackluster performances recently, especially in the offensive. They scored only three goals from the last five Ligue 1 games. Nice should rely on their defensive strength in this game, especially after keeping four clean sheets in the last five league games.

For Rennes, a good scoring form will be put to test in this trip to Nice. Notably, Rennes scored against  Nice in five of the last six meetings. Moreover, the visitors only kept only clean sheet the last five Ligue 1 engagements, a record that makes them vulnerable defensively in this second meeting of the season against Nice. 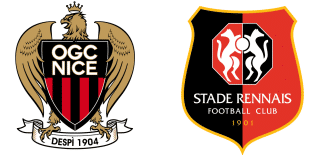 When was the score in the reverse meeting?

The last first leg ended 2-1 in favour of Nice.

When is this Nice vs Rennes game taking place?

What is the record of these teams in the last five games?