Newcastle continue to splash the cash this summer but have so far only been able to add three more defensive options to their squad and will be aiming to bring in a couple of attackers before the transfer window closes. Nottingham Forest make their long-awaited return to the Premier League this weekend and having significantly strengthened their squad over the summer, Steve Cooper's side can't be taken lightly.

With their home fans behind them, we're confident that Newcastle will secure all 3pts this weekend but it should be an easy 90-minutes. The magpies claimed a 3-1 win when these two sides last locked horns in the league and we're expecting a similar result this time around. The hosts have won four of their last six matches, while Nottingham Forest are without a win in their last three games.

When these two teams go head-to-head the goals usually flow, so we're backing over 2.5 goals to be scored on Saturday. At least three goals have been scored in each of the last five meetings between the two clubs in league and cup, while four of Newcastle's last six outings along with two of Nottingham Forest's last four fixtures have also produced over 2.5 goals.

Newcastle have certainly strengthened at the back this summer and should be a much better defensive unit this season as a result. Nick Pope has come in from Burnley for just over £10m, while Matt target made his loan move from Aston Villa permanent for just under £16m. The biggest buy so far has been Sven Botman from Lille, a highly rated young Dutch centre-back who cost £33.30m. Eddie Howe still wants to bring in a creative player in midfield, a winger and an attacker by all accounts, so Newcastle certainly aren't finished in the transfer market just yet.

Nottingham Forest have been one of the busier clubs this summer, splashing the cahs they have to bring in some interesting signings. Jesse Lingard came in on a free transfer from Man Utd but is on a reported £200k-per-week deal which seems completely over the top. Awoniyi and Williams were the biggest transfers in terms of fees, costing around £18m each. Mangala joins from Stuttgart for £11.70m, Niakhate and Bianconje cost £9m each, while left-back Richards cost £7.65m from Bayern Munich. The Huddersfield pairing of O-Brien and Toffolo cost Forest around £11m in total.

Nottingham Forest: Omar Richards and Sam Sturridge could both miss the trip to St James' Park through injury. 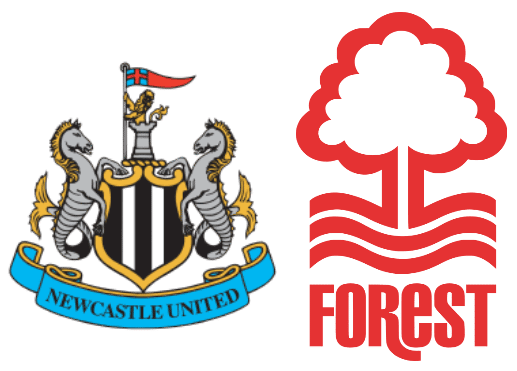