Newcastle have lost their last three Premier League games and now face a tough home game against Man Utd. The visitors arrive unbeaten in their last six matches in all competitions and are the favourites to win this Boxing Day clash.

This is a fixture that so often produces goals and we're expecting more of the same this weekend. Over 3.5 goals have been scored in five of the last seven meetings between Newcastle and Man Utd and we've only backed over 2.5 goals to be scored on Sunday. Exactly four goals have been scored in each of Newcastle's last three matches, all of which ended in defeat, and we're expecting the Man Utd attack to have a field day with this leaky Magpie's defence.

Cristiano Ronaldo top scores in the Premier League for Man Utd with 7-goals and we're backing the veteran Portuguese international to find the back of the net against Newcastle. The 36-year-old has scored 6-goals in his last 8 appearances for Man Utd in all competitions, so if anyone is going to score this weekend, it's Ronaldo.

Newcastle went up against Man City in their last match where despite having the home advantage, the Magpies were well and truly beaten. City lead 2-0 at the through defenders Dias and Cancelo and in the second forty-five, forwards Mahrez and Sterling got in on the act, completing a 4-0 romp. Newcastle sit second from bottom as things stand and Eddie Howe has a big job on his hands saving the club from relegation, though, January signings could do the trick.

Man Utd travelled to Norwich in their last Premier League outings, where a solitary second-half penalty from Cristiano Ronaldo helped second a 1-0 win. That result moved Man Utd onto 27pts for the campaign but there is still a lot of work to do if the Red Devils are to catch up with the current top three.

Newcastle: Hayden is suspended, while Manquillo, Fernandez, Lewis, Dummett and Shelvey could all miss out through injury or illness.

Man Utd: Pogba, Martial, Wan-Bissaka, Lindelof, Varane and Mata are all injury concerns for the visitors or face missing out due to Covid-19 rules. 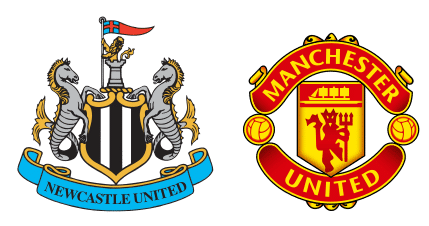