Man City crashed out of the Champions League semi-final after they conceded two late goals in Madrid which saw the match go to extra-time, in which, Real Madrid went on to score a penalty to win the tie. Newcastle provide the opposition in the Premier League this weekend and we're expecting the visitors to face an angry and determined Man City side, and the Magpies will have to be at their best to get anything out of the game.

The future of Jesus has been discussed in recent months with rumours that the player will be allowed to leave Man City in the summer. However, the Brazilian forwar5d has been in good form towards the end of the season and could play his part in securing the league title. Jesus has 8-goals in the league this season but has scored six of those goals in his last four appearances in the Premier League and we're backing him to score against Newcastle on Sunday.

All the statistics you need for Man City vs Newcastle

Man City were in top form last weekend when they made the trip to struggling Leeds. Rodri put the visitors 1-0 up at half-time with a 13th-minute effort and early in the second forty-0five, Ake scored a rare goal to make it 2-0. Jesus wrapped up the points in the 78th-minute with Man City's third goal and in stoppage-time, Fernandinho fired home a fourth goal.

Newcastle gave a decent account of themselves at home to Liverpool last time out but still ended up losing the game. A 19th-minute goal from Keita, after good work from Jota, proved enough for the Reds to secure the 3pts they required to keep the pressure on Man City at the top of the table.

Man City: John Stones and Kyle Walker could return for the hosts this weekend.

Newcastle: Wilson, Trippier, Schar, Hayden, Fraser and Lewis are all injury concerns for the visitors. 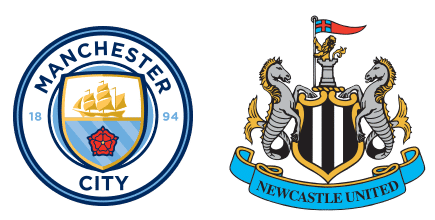