Liverpool have a good record against Newcastle but their hosts have seen their Premier League season turn around since Eddie Howe and the Saudi Arabian consortium took over. We're expecting this game to be tricky for Liverpool, especially as it arrives right in between their two games against Villarreal in the Champions League.

We're predicting goals at both ends of the pitch this weekend as that is how five of the last six league meetings between these two clubs have ended. Newcastle have found the back of the net in each of their last five fixtures and Liverpool haven't failed to score in any of their last six outings but have conceded 7-goals during that period, so you can see why we're confident that both teams will score on Saturday.

|In terms of a final scoreline, we're sticking our necks out somewhat and backing a 1-1 draw. Most people expect Liverpool to win this game but these two sides have drawn two of their last three encounters in the Premier League. Newcastle are a changed side these days, pushing for a top-half finish rather than battling relegation and look very confident in their own backyard. Liverpool are obviously in great form but have drawn two of their last six matches in all competitions and their busy schedule is bound to enforce some changes to their starting eleven.

Any slip-up could cost Liverpool their shot at the title

Newcastle all but ended any faint hopes Norwich had of escaping relegation last weekend as the Magpies cruised to a 3-0 victory at Carrow Road. Joelinton, not known for his scoring powers, fired home two goals late in the first half and fellow Brazilian, Bruno Guimaraes added a third early in the second forty-five. Newcastle are up to 9th now and a win this weekend could put some more pressure on Wolves in 8th spot.

Liverpool played host to Everton in the Merseyside derby for their last league game. Everton put in a solid defensive display, frustrating their hosts on many occasions. In the end though, decisions went in the home sides' favour as Mane somehow avoided a straight red card for a poke in the face and Everton were denied a clear penalty by the referee and VAR. Liverpool went on to win the game 2-0 through goals from Robertson and Origi, who only seems to score against the Toffees.

Newcastle: Fraser, Trippier, Wilson, Hayden and Lewis are the main injury concerns for the hosts.

Liverpool: Roberto Firmino could miss out for the Reds after missing the midweek game against Villarreal. 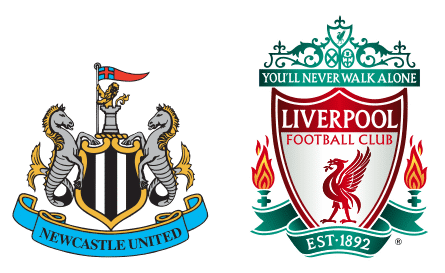