The stalemate against Montenegro did not help the Netherlands, who now require a win in their final match against Norway to secure their place in the 2022 World Cup. The Norwegians also have an outside chance of securing automatic qualification with a win and will not be easy rivals.

Here are our predictions for the Netherlands vs Norway.

The 1-1 away draw with Norway led to the Dutch side registering four wins in succession. They will be looking to get back to winning ways after a 2-2 draw with Montenegro. The Norwegians have dropped four points in their last three qualifying fixtures and we see their miseries piling on the trip to Rotterdam. The Netherlands have won three at home in succession and should make it four given the stakes involved.

With Virgil van Dijk in their ranks, the Netherlands boast of the best defence in Group G. It is Norway who has usurped them in terms of statistics with six goals conceded to the eight by the Dutch. The visitors will be without Erling Braut Haaland and will be adopting a cautious approach, favouring defence over the attack. As they meet at the De Kuip, we are backing a low scoring final scoreline.

Solidity at the back has the hallmark of both the Netherlands and Norway. Both outfits have registered four clean sheets in their last five matches. This statistic is repeated in their most recent five H2H engagements as well. With caution the need of the hour, we are backing a low scoring affair with both sides failing to score during the 90 minutes of action.

Netherlands vs Norway: Check out the best odds and the latest stats

Match Preview of the Netherlands vs Norway: Victory required to secure Qatar 2022 passage

Memphis Depay's brace gave the Netherlands a 2-0 lead and a foot in the main draw of qualification. It was not to be as Montenegro replied late in the game to secure a well-deserved draw. A repeat of the same will not be accepted by the Oranje faithful as their fate hangs in a balance.

Norway would have gone through all the mathematical complications heading into the game. A win allows them to take pole position, provided Turkey lose against Montenegro. It is the only result that would be of interest as going through the play-offs would not help their cause. The defence has held up thus far and they need more of the same on Tuesday night.

Questions About the Netherlands vs Norway 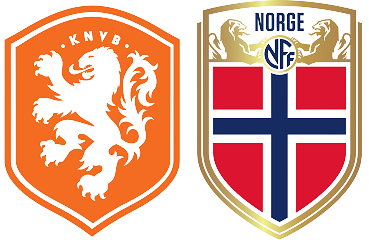 Who are the players to watch out? Memphis Depay (Netherlands) and Martin Odegaard (Norway).