Stadion Feijenoord will be the location for the World Cup 2022 qualifier meeting between Netherlands and Gibraltar this weekend.

Netherlands continue to pick up impressive results under Louis van Gaal. The team were able to get a narrow 1-0 win over Latvia to register three wins on the bounce. Gibraltar are not expected to offer much in the game apart from resilience. They come into the game after having lost 3-0 to Montenegro.

Gibraltar are one of the poorest teams in this World Cup 2022 qualification campaign. The team has suffered several big defeats over the last few years and the 7-0 drubbing by Netherlands is a perfect example of the same. Netherlands come into the game with four goals in the first half over the last three games. Gibraltar’s defence should make sure that this tally goes up.

Netherlands to win to nil

Most of this game is expected to be spent deep in the Gibraltar half, as they may not be able to get out of their opposition’s clutches. This would mean a relatively easy day at the back for the Dutch as long as they are wary of the counter attacks.

Top Betting Odds and Stats for Netherlands vs Gibraltar

Netherlands vs Gibraltar: Preview of the World Cup 2022 Qualifiers

Netherlands have a great opportunity to seal the top spot from the likes of Turkey thanks to an impressive momentum built over the last few games. Louis van Gaal has restored the confidence levels in the team, which has dropped just two points in the last five games thank to an impressive run. Most of the players in the squad are quite talented and Van Gaal has been getting the best out of them.

Gibraltar do not carry a lot of expectations in this game. After having lost the reverse fixture against Netherlands by a huge margin, it will be difficult for Gibraltar to stay positive. Even a small defeat would be a positive result for the team in this away game.

Questions about Netherlands vs Gibraltar 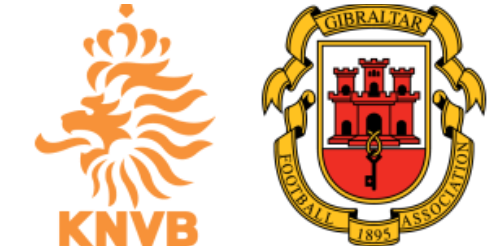 Where is the match scheduled? Stadion Feijenoord

Which team is the favourite to win? Netherlands