Netherlands were involved in a six goal thriller on Saturday. Can this match with Germany deliver the same level of entertainment? Find out with our Netherlands vs Germany match preview with free tips, predictions and odds mentioned along the way.

These are two teams that are really difficult to beat; the Netherlands are currently unbeaten in their last eight games, and they've won six of those games. It's fair to point out that Louis Van Gaal's men have lost just once in their last 16 games; and that loss was mostly because they were down to 10 men in their round of 16 clash in the European Championships. On the other hand, we have a Germany side that has won eight matches in a row. Additionally, meetings between these teams have not been one-sided; both teams have won three games apiece, with three draws between them in their last nine encounters. We believe that both teams will maintain their respective unbeaten runs, and this game will end in a draw.

Here are the key stats & form guide for Netherlands vs Germany

Netherlands vs Germany: Let's look at the predicted lineups

Both of these sides are in good form and both have huge pedigree in the international game. With little to choose between the pair on paper it will be interesting to see how each manager approaches what is likely to be an entertaining friendly game.

The Netherlands have played 16 games in the last 365 days, and they've lost just once in that stretch; they have no losses in their last eight games, with six wins and two draws. Louis Van Gaal's men are coming off back-to-back wins against Denmark and Norway; they'll be eyeing their third consecutive win as they host Germany today.

Germany have been on fire the past few months; they have won eight games in a row, across all competitions. Hansi Flick's men will take on one of the best teams in the world in the Netherlands; they'll fancy their chances of winning nine games in a row.

A quickfire FAQ on Netherlands vs Germany 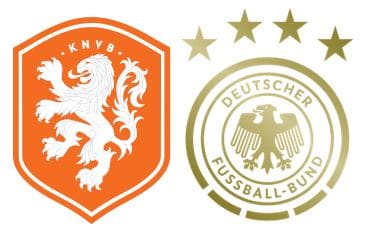