Napoli sit 3rd in the Serie A table but Juventus are hot on their heels, so anything but a win could prove costly for Saturday's guests. Torino have the home advantage this weekend and are looking for a victory to consolidate a top-half finish to the season.

Napoli are unbeaten in their last 13 matches against Torino and we're backing the visitors to secure all 3pts this weekend just as they did in the pair's reverse league fixture back in October. Torino are in decent for and Napoli will have to be at their best this weekend in order to secure a win. The visitors have won three of their last six outings in Serie A, including a huge 6-1 win last time out against Sassuolo.

We're predicting goals at both ends of the pitch this weekend in a game that should be full of goalmouth action. Both teams have scored in two of the last four meetings between Torino and Napoli, while each of the host's last four fixtures and each of Napoli's last six outings have also ended with both teams getting on the scoreboard.

Anything but a win could see Napoli drop down to fourth

Torino made the trip to Empoli last weekend and after a tight and tense first half that ended goalless, the visitors fell behind in the 56th-minute. However, Torino responded really well getting back onto level terms in the 78th-minute through a Belotti penalty and then taking the lead 3-minutes from time via the same player and the same format. Belotti completed his hat trick and sealed all 3pts for Torino deep into stoppage-time, making the final scoreline 3-1.

Napoli were in fantastic form last time out at home to Sassuolo, taking the lead in the 7th-minute via centre-back Koulibaly. Osimhen made it 2-0 in the 15th-minute and Lozano got in on the action 4-minutes later. Mertens scored a 4th goal before the break to make it 4-0 and then added his second of the game 9-minutes after the restart. Another Napoli defender got on the scoreboard 10-minutes from time as Rrahmani converted a Di Lorenzo cross. Sassuolo scored a consolation goal 3-minutes from time but it made no impact on the end result.

Torino: Lukic is suspended for the hosts and teammates Sanabria, Warming, Zaza and Fares could miss out through injury.

Napoli: the visitors have no fresh injury concerns or suspended players ahead of this weekend's clash. 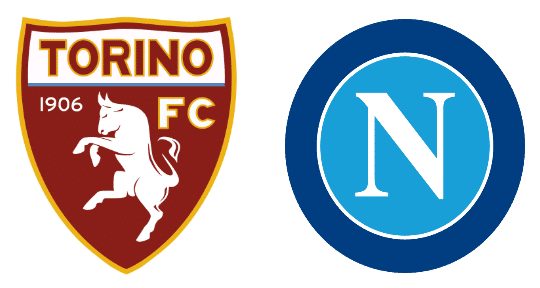