Napoli could go 2nd in Serie A this weekend if they beat bottom of the table Salernitana and AC Milan drop points in their game. The visitors looked destined to go back down to Serie B this season as they are currently 8pts adrift of safety.

Veteran Belgium international Dries Mertens top scores for Napoli in Serie A this season with 6-goals and we're backing the 34-year-old to score against Salernitana this weekend. Mertens has scored 2-goals in his last four appearances in all competitions which includes Napoli's last home game against Fiorentina in the Coppa Italia.

We're backing the home side to secure all 3pts and a clean sheet on Sunday just as they did when the two sides locked horns for their reverse league fixture in October. Napoli have won three of their last five league games and have kept a clean sheet in each of those victories, while Salernitana have lost four of their last five fixtures and have failed to score in each of those defeats.

Napoli expected to cruise to 3pts against bottom side

Napoli made the trip to Bologna in their last outings where a goal in each half from Lozano wrapped up a 2-0 win. That result leaves Napoli 3rd in the Serie A table as things stand, just 2pts behind AC Milan and 4pts behind the league leaders Inter Milan. Napoli made that fantastic start to the season but then went through a difficult patch but appear as if they are returning to the same level of performance that made them unbeatable at the start of the campaign.

Salernitana might have had the home advantage against Lazio last time out, but it didn't make any difference to the end result. Two early goals from Immobile set Lazio on their way to a comfortable victory with Lazzari adding a third goal just to be certain of the result. Not only do Salernitana sit rock bottom of the table, they also have the worst goal difference by far. It seems an impossible task for Salernitana to escape relegation this season but if they are to finish outside of the bottom three, they ned to win at home and start picking up some points on their travels.

Napoli: Andre Anguissa, Adam Ounas and Kalidou Koulibaly are all away at the Africa Cup of Nations. 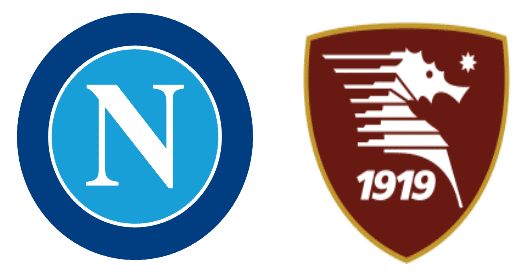