Nantes made a statement of intent for the European competitions by avoiding defeat in the last five matches. Expect a tight encounter when Montpellier visitsStade de La Beaujoire-Louis Fonteneau in search of a top-table bath. Look no further than this preview for free tips to help you make informed betting decisions.

Out best picks for Nantes vs Montpelier Prediction

Nantes claimed one point away against Metz in their last Ligue 1 encounter to avoid defeat in the previous four matches. Montpellier received the worst battering after 29 outings by conceding four goals at home. What are the standout results to expect from the next game?

Nantes’ quest for Conference League entry has been made real because of its ability to score goals at home. The Canaries scored two or more goals in seven out of ten home games coming into this clash. Nantes’ striking duo of Muani and Blas who have seventeen goals between them will exploit Montpellier’s poor away defensive form.

Nantes vs Montpelier Odds and Stats

Nantes comes to this encounter at position seven in the league table while Montpellier sits four places below. Nantes has lined up eight times against Montpellier, between 2017 and 2022. Montpellier has a better record from the past three encounters against Nantes.

La Paillade beat Nantes on their last visit to this venue. However, Nantes has a better record in this fixture with four wins. Expect Nantes to continue dominance over their visitors in this fixture and get revenge. We expect a tight encounter because Antoine Kombouare will unleash his arsenals to extend Nante's home-winning streaks to four in the league.

Nevertheless, Olivier Dall'Oglio is aware that one win out of five encounters does not tell a true picture of a manager of his caliber. We are tipping that the visitors will leave with disappointment because they lack confidence after conceding four goals against Rennes in front of the home crowd.

FAQs about Nantes vs Montpelier Encounter 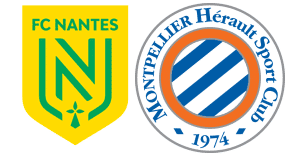 Which stadium will host Nantes vs Montpelier?

Stade de la Beaujoire will be the venue for the next clash between Nantes and Montpellier.

When is Nantes playing against Montpellier in the next Ligue 1 fixture?

Nantes lines up against Montpellier on 6th March 2022.

Who will officiate the next encounter between Nantes and Montpelier?

Hakim Ben El Hadj will be the match official for Nantes vs Montpelier.