Things are getting too hot for Montpellier after losing four straight games, and with Lyon coming to town with their ever-increasing problems.

Montpellier has been the most exciting team to watch in their first five or six matches. Regularly, those games were full of goals, and scoring opportunities. Montpellier beat Brest away by 7-0 and lost heavily themselves at times. But, their form recently has taken a serious hit losing five of their last six matches. Lyon hasn't fared much better either, going winless in their last six games, and five of those they lost. Both teams have trouble defending the goal during their negative streak, so expecting some goals here is reasonable thinking.

Montpellier went over 2.5 goals in eight of their eleven matches, while Lyon is at the 7-4 mark in favor of over goals. Both teams could go either way in terms of scoring or allowing goals, as their form is below their expectations this season, and both coaches, Olivier Dall'Oglio (Montpellier), and Laurent Blanc (Lyon) are in a tough position. Blanc has just arrived, but he won't have much time to get things going for the inpatient fan base, not to mention the management.

Important information you need to know about Montpellier vs Lyon

Lyon is winless away from home

Montpellier didn't play a single draw game at home this season winning three matches, and losing the same amount. Their total goal difference for the season is 21-22 which shows a lot of instability in their team. Rarely do their games this season end without someone scoring a goal, being themselves or their opponent. Strangely, during the summer transfer window they didn't have too much money to spend, but the players they managed to bring in mostly revolved around defending. It hasn't worked out just yet. As their form is going downhill, they are inching closer to the relegation zone.

Lyon doesn't play in European competitions this season, and it seems that last season's form has been repeated this term which is not positive at all. They already lost five games this season, four of those in the last six matches. They are the worst away team in Ligue 1 with only a single point won, against Reims some time ago. They lost four away games in a row, versus Lorient, Monaco, Lens, and Rennes.

Lyon: Julian Pollersbeck will miss the game with an injury. 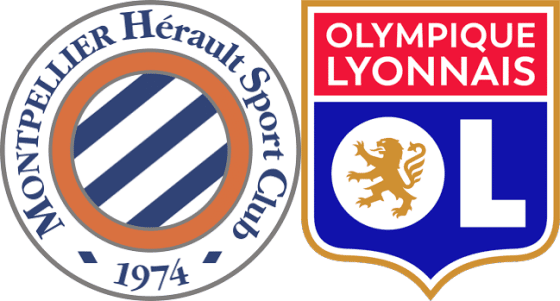