Turkey will be eager to confirm their place for at least the second round of Qualifiers with the help of three points in the game against Montenegro. The hosts have already been eliminated from the race and will play their last group stage match.

Here are our predictions for Montenegro vs Turkey.

Montenegro has a rollercoaster ride of alternating draws and wins in the recent matches besides the only win they got in the last nine attempts. The Brave Falcons are now winless from the last two matches. On the other hand, Turkey enters the game on the back of two consecutive wins and have claimed three victories in the last five matches. Moreover, the Crescent Stars are unbeaten against Montenegro. Given all these stats, our first pick for the match would be a win for the visitors to stay in the race of World Cup 2022.

The last two H2Hs between these teams have followed a high-scoring output. Turkey has hit the back of the net 13 times in the last five games while Montenegro has scored five goals in the same course. Adding more, the Brave Falcons have seven goals in the previous five home games. So we expect to see this game follow the trend and go with the high total at the end.

Our net pick for the match would be a BTTS outcome based on recent facts. The last two H2Hs between the teams have followed the same pattern. Turkey has been doing great with their front line and has scored consistently from the last seven matches and found the target in all duels against Montenegro. The home side also has scored in two of the last three matches.

Montenegro vs Turkey: Check out the best odds and the latest stats

Match Preview of Montenegro vs Turkey: Kuntz wants an away win to keep Qatar dreams alive

The Brave Falcons managed to clip Netherland to a draw that are first in their group in the last match. But the team has been eliminated from the next round due to a lack of wins in the first round. Montenegro has claimed three wins and three draws in the group stage so far and secured fourth place in Group G.

The Crescent Stars conceded only one defeat and have managed five wins in the nine games of the first round. They enter this game after hammering Gibraltar 6-1 and keeping their dreams alive for the World Cup 2022. Turkey are second in their group and three points would be crucial for them to go ahead.

Questions About Montenegro vs Turkey 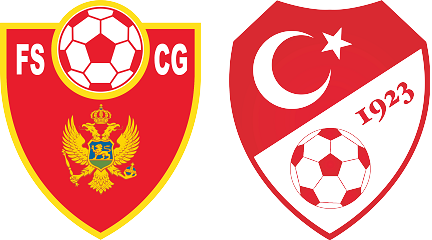 Where is the game being played? Podgorica City Stadium (Podgorica).