After a 6-0 thumping at the hands of Borussia Dortmund during the weekend, Mönchengladbach team to bounce back as soon as possible when they welcome Wolfsburg to the Borussia-Park.

Top free betting tips and odds for Monchengladbach vs Wolfsburg

A comprehensive performance from Dortmund produced a 6-0 defeat for Mönchengladbach. This was one of the heaviest defeats for Mönchengladbach in the club’s history. Wolfsburg could not make it three consecutive league wins after a 2-1 comeback win for Hoffenheim in the recent match. Jonas Wind’s goal was cancelled out by two quick efforts from Bruun Larsen and Kramaric.

Both clubs come on the back of poor performances in the recent games. The extended run of tight games for both clubs coupled with the relegation fears once again is likely to lead to a tight match. The visitors would also like to play it safe, as Florian Kohfeldt would be increasingly concerned about the relegation zone. Wolfsburg have drawn two of the last three matches between the two clubs.

Wolfsburg and Leverkusen have produced just one high-scoring encounter over the last few meetings. A defeat would be disastrous for both clubs, who are only a couple of points away from the bottom three. Even though there have been plenty of recent matches involving the two teams to produce more than 2.5 goals, this could be a tight game.

Monchengladbach vs Wolfsburg: Check out the best odds and the latest stats

Monchengladbach vs Wolfsburg: Check out the team lineups

Coach Adi Hütter has every reasons to be worried about the recent form shown by the Borussia Monchengladbach. The return of one win in the last five games is not a cause of concern, but the 6-0 drubbing from Dortmund has the potential to create ripples.

Wolfsburg are back to losing ways with the defeat to Hoffenheim. Florian Kohfeldt comes into the fixture with a number of players unavailable. William, Micky van de Ven, and Paulo Otávio are out due to injuries, while Xaver Schlager and Lukas Nmecha are doubtful.

Questions About Monchengladbach vs Wolfsburg 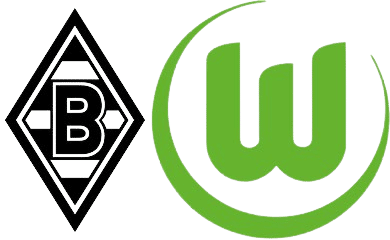 Who won the last h2h? 3-1 in favour of Monchengladbach vs Wolfsburg.

Where is the game being televised? Borussia-Park.

Where is the game being played? Mönchengladbach

Which team is the favourite to win? Monchengladbach