We have prepared a detailed preview of Ligue 1 fixture, Monaco vs Lyon slated for Saturday 5th February, 2022. Lyon won the reverse fixture 2-0 and will look to keep their 9-match unbeaten run going in this trip to Monaco.

Monaco vs Lyon: The Best picks vs Football Whispers

Monaco and Lyon are back to back on Ligue 1 table at positions eight and seven respectively. The hosts need a win to edge out Lyon that sits above them with a point difference. Our tipsters at Football Whispers have analyzed this game to come up with the best two predictions as follows:

We expect both sides to score in this game. The hosts only failed to score in one of their last seven games, which is the same case with Lyon. Moreover, Monaco average 2.09 goals after 11 home matches this season while Lyon average 1.0 goal in 10 trips so far. The hosts should be on the front foot in this game because they boast a better scoring record. However, the fact that Monaco lost 2-0 in the reverse game means they will have to come up with something special to prevent the visitors from scoring. Lyon has a better form of 3W and 2D in the last five matches compared to Monaco’s 3W, 1D and 1L in as many games.

We have gathered the best odds from across top UK bookies for this fixture. Also, see a separate table for H2H as well as the latest team stats for this matchup.

Last season, Lyon was the best side in this fixture because they won both home and away. However, those victories did not come with a clean sheet. The first encounter in Ligue 1 last season ended 4-1 and 3-2 in the second league meeting, all to Lyons to favour. The visitors, however, lost 2-0 in France Cup quarterfinals last season. There have been only two draws between these teams in the last 20 meetings, an important stat that you should factor in when placing a bet in this game. In those previous meetings, Monaco has 7W and 11W for Lyon.

The hosts will be without seven players, all of whom are injured. They include Sidibe, Diatta, Boadu, Fabregas, Badiashile, Majecki and Nubel. On the other hand, Lyon will miss the services of Aouar, Denaye, Reine-Adelaide, Pinto and Faivre due to various injuries. Toko Ekambi and Paqueta are on international duty. 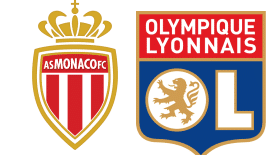 The game will be played at Stade Louis II in Fontvieille, Monaco.