The Swedish Allsvenskan matches resume for Malmo, who are up against Mjallby at the Strandvallen this weekend. This preview will cover all aspects like injury news, form, and betting markets that make a lot of sense.

Mjallby come into this game after having lost 3-2 against IFK Goteborg in the last league match. This turned out to be the third successive defeat for Mjallby. Malmo, meanwhile, enjoyed a comfortable 2-1 first leg lead over HJK in the Champions League qualifiers, while they beat Degerfors 5-0 in their last Allsvenskan outing.

Malmo are on a confident run and they might be difficult to stop when they go on such runs. The team has picked up four wins in the last five matches. Meanwhile, Mjallby have been experiencing a sharp decline in form. The team has suffered three successive losses since the campaign restarted. In fact, the team are without a victory in six successive league games.

Malmo have been scoring for fun in recent weeks and the team has especially been making use of the Allsvenskan games to enhance their overall form before going through close encounters in the Champions League. Since the restart, Malmo have scored over 1.5 goals in all matches. They have particularly been outstanding of late with nine goals in the last two league games. Mjallby have failed to score in just one of the three matches since the restart.

Mjallby have been able to get goals even if they have not been able to manage wins. Despite a superb run over the last few weeks, Malmo overall defensive record looks average due to the team conceding goals in the Champions League. Home advantage might help Mjallby get some goals.

Mjallby are just one point away from the bottom three and it is looking highly unlikely that the team might turn things around on the basis of their recent form. The team displayed a sufficient amount of fighting spirit against Goteborg with a brace from Sarr one of the few positives. Mjallby boss Christian Järdler does not have injury problems.

Malmo continue to remain in sensational form with the team blitzing past most of their opponents. The advantage of positive results in the domestic league has also helped Malmo to get an edge in the Champions League, where the team are strong favourites to reach the third qualifying round. Ola Toivonen is the only fitness problem in the squad for Jon Tomasson.

Questions about Mjallby vs Malmo 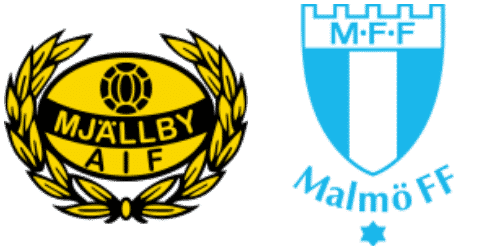 Where is the match scheduled? Strandvallen

Which team is the favourite to win? Malmo