It's tight at the top of the Allsvenskan table and we're expecting a lot of changes in the current top 10 following this week's round of fixtures. Mjallby could move up as many as five places with a win this weekend while visiting Hacken could lose their grip on the top spot if they fail to secure an away win on Sunday.

Both of these teams have proven hard to beat of late and recent encounters between the two sides have been very closely fought. Four of the last five league meetings between Mjallby and Hacken have ended in draws and we're backing Sunday's clash to end all square once again. Three of Mjallby's last five outings in the Allsvenskan have ended in stalemates while Hacken have drawn their last three competitive and non-competitive matches, so you can see why we're backing a draw this weekend.

There is a good chance that we will be treated to goals at both ends of the pitch if you look at the recent history between these two clubs and their results over the last month or so. Five of the last six meetings between these two clubs have seen both teams find the back of the net while three of Mjallby's last five outings and five of Hacken's last six fixtures have also witnessed both teams scoring, so you can see why we're backing both teams to score on Sunday.

Mjallby were faced with a tricky away trip to high-flying AIK last weekend for a game that turned out to be very tight and tense throughout. Mjallby took the lead 5-minutes before the break through Nwankwo, silencing the majority in the Friends Arena. Mjallby held on through a tight second half to secure all 3pts against an AIK side that have impressed so far this season.

Hacken played host to Elfsborg last time out in a game they were expected to win. However, Olsson handed the visitors the lead in the 23rd-minute and although Jeremejeff equalised in the 37th-minute, Hacken were unable to carve out a winning goal and had to settle for a share of the spoils instead.

Mjallby: the hosts have a clean bill of health following their last game and have no players out suspended.

Hacken: the visitors have no fresh injury concerns or suspended players ahead of their trip to Mjallby.

Your Questions for Mjallby vs Hacken 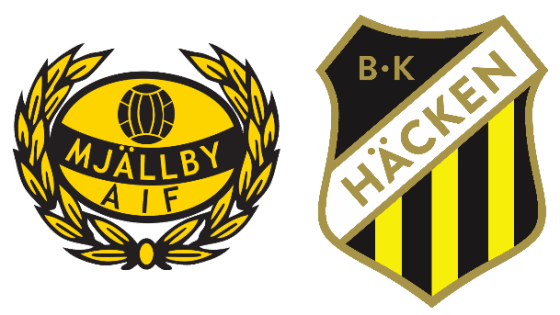