QPR suffered a surprise loss to bottom club Barnsley last time out to dent their automatic promotion hopes. Can they bounce back as they visit the Den? Find out with our Millwall vs QPR match preview with free tips, predictions and odds mentioned along the way.

Millwall aren't what you'd call flying right now with just two wins and a draw from their last five matches but their home form is decent as they sit unbeaten in three matches having taken seven points from the last nine available. That's a stark contrast to QPR's form on the road; the worry isn't just that they've lost their last two but more who they've lost them too. Barnsley and Peterborough – both of whom are in the Championship's bottom three – have beaten them. The Den is notoriously a tough place to go and, as such, it wouldn't surprise us if they take maximum points.

Our next tip for this game is that it goes under 2.5 goals. Three of Millwall's last five have gone south of 2.5 and with a total of just nine goals seen in that period it leaves their game average at a lowly 1.8. As for QPR, it's a broadly similar story.  Again, three of their past five matches have failed to reach the three goal mark. They have seen slightly more goals in that time but with 11, it's still only an average of 2.2 per match. Three of the last four meetings between these sides at the Den have ended under 2.5 as well.

Check out the key stats & form for Millwall vs QPR

There is no denying that the points on offer in this game will be more valuable to QPR than Millwall but that brings pressure. It will be a hostile atmosphere too so they the Hoops will need to handle that.

Millwall's season is going to end in a mid table finish. Arguably, that's dull for their fans but it sees the pressure come off for the next couple of months and that could help them grab a few more positive results.

QPR's loss against Peterborough was brushed aside as a cup game that didn't matter. Well, following that up with another defeat to Barnsley has made that top two look a long way off. They need to bounce back sharpish – starting here.

A brief FAQ ahead of Millwall vs QPR 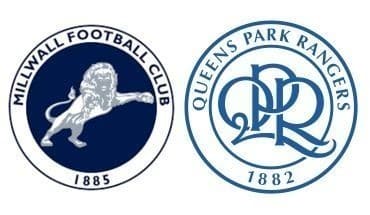