What will happen on Saturday between the Owls and the Boro? Let's find out our top predictions and betting tips for the fixture. Sheff Wed must fight hard if they want to survive and remain in the Championship. This promises a lot of action on game day.

Our experts came ups with the following tips on the Saturday fixture and we will be sharing them below. Don't forget to check out the rest of the Championship predictions for the tournament on our site.

Our recommended bookmaker for this match is Ladbrokes. Remember to double-check all odds before you place any wagers because the prices might have changed.

Find out how well both teams did in their recent matches and other helpful statistics from the tables below.

Match Preview of the Middlesbrough vs Sheff Wed Match

Both teams are in awful form nowadays, but Middlesbrough seems to have the upper hand considering that five out of the last seven home games played, they either won or drew them. They will be hosting the game, but not all players will get to go on the field. Four of their midfielders are injured and defenders Anfernee Dijksteel (ankle injury), and Dael Fry (calf injury) will be out, as well.

Sheffield Wednesday will miss three defenders with various injuries. A goalkeeper (Cameron Dawson) and a midfielder (Massimo Luongo) are out with knee injuries. Both teams tend to score an average of one goal per Championship game, so we don't think that there will be many goals on either side. 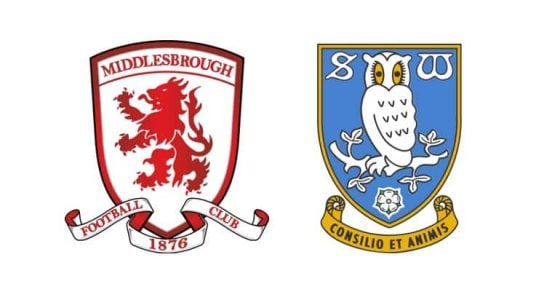 Popular Questions Regarding the Saturday Fixture