Just 2pts separate these two clubs in the Championship table but with the home advantage this weekend, it's Middlesbrough that will be aiming to increase that gap to 5pts. Coventry have a game in hand on their hosts but the two sides have played to a very similar standard so far this season and that should make for an entertaining 90-minute on Saturday.

In terms of a final scoreline, we're backing Middlesbrough to claim a narrow 2-1 win this weekend. Both teams have played to very similar standards so far this season but we feel that Boro will just edge the occasion. Five of Boro's last six matches have been decided by a 1-goal margin and three of their last four fixtures have seen both teams score. Four of Coventry's last five matches have ended with no more than one goal separating them and their opponents, so you can see why we've backed a 2-1 scoreline this weekend.

All you need to know about Middlesbrough vs Coventry

Middlesbrough made the trip to high-flying Blackburn in midweek but ended up coming away with nothing to show for their efforts. Gallagher scored the only goal of the game in the 76th-minute and it proved enough for Blackburn to claim another 3pts. Boro could move above Notts Forest and Huddersfield with a win this weekend but would be counting on results elsewhere to go in their favour.

Coventry made the most of their home advantage against Stoke on Tuesday night as Gyokeres scored the game's only goal in the 68th-minute to wrap up a good 3pts. The Sky Blues are going well in the Championship this season and could move above Boro with a game in hand this weekend if they can find a way to win at the Riverside Stadium.

Middlesbrough: Marc Bola and Marcus Browne are the main injury concerns for the hosts.

Coventry: Ian Maatsen could miss the trip to the North East due to a hamstring injury. 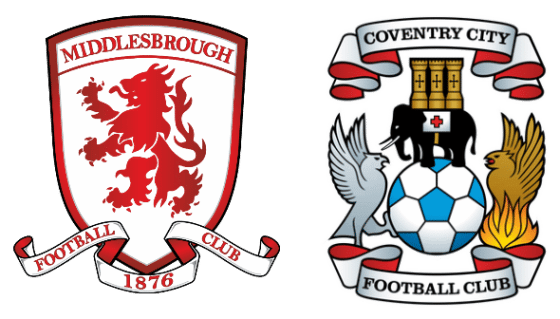