Man United are in full crisis mode despite the fact they've only just switched manager. Imagine how much Steven Gerrard would enjoy rubbing salt in those wounds. Can he guide his Aston Villa side to victory? Find out with our Man Utd vs Aston Villa match preview with free tips, predictions and odds mentioned along the way.

It will need extra time

In all honesty, Man United really need to win this tie – and it wouldn't surprise us at all if they do. We don't see them getting the job done in 90 minutes though. United have looked really poor of late and have won just two of their last five games; both of those wins were against sides in the Premier League relegation zone too. Aston Villa aren't in amazing form either with two wins from five but they can at least point to losses against Chelsea and Liverpool for a little bit of context. United aren't on the same level as those clubs right now and the fact Villa won on their last visit to Old Trafford will see them arrive confident.

Our next tip for this game is that we'll see at least three goals. Aston Villa's form speaks for itself in this bet with three of their last five games having gone over the 2.5 cut off. Man Utd's form for over 2.5 is a little less obvious but it still has us convinced; only two of their last five home games have hit the three goal mark but their game average in that time is 2.6. Three of the last five meetings between the two teams at Old Trafford have ended north of 2.5.

Where there is a desire for cup runs, Premier League teams would like to avoid one another if given the choice. For us fans – and for the magic of the cup – it's good. We get to see a good clash and it guarantees a bigger club won't progress, which may help lesser sides go deeper into the tournament.

Man Utd are not enjoying life under Ralf Rangnick. There is already a lot of noise that senior players aren't happy with his methods and, somehow, he's already under pressure. With their tip four hopes fading fast, surely Utd have to take this competition seriously.

Steven Gerrard will have a lot of fond memories of the FA Cup as a player and if he's to go down in Aston Villa folklore then his best way to do so will be to win a competition like this – after all, Villa aren't realistically going to win the league anytime soon. A cup win would be huge though and Gerrard should name a strong side.

A brief FAQ ahead of Man Utd vs Aston Villa 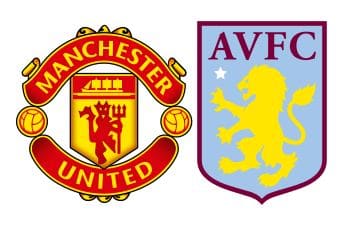