The defending champions of Premier League Man City will host the famous returnee to the top flight Nottingham Forest on Wednesday, August 31st, in the fifth round of the new season. We have prepared a preview of this game and free betting tips just for you.

If you are not sure what is the best bet for the Man City vs Nottingham Forest, check our betting tips for this match right here:

While Man City had a pretty expected start with three wins and a draw against Newcastle, Nottingham Forest did well for a team of their status to win four points from the first four rounds.

More importantly, they did pretty well on the defensive end, conceding five goals overall. However, Man City is a different animal and a team that averaged 4.50 goals per game so far in the league. So, we expect to see plenty of goals in this game, at least four is our prediction.

With six goals in the first four games in Premier League, Erling Haaland already proved how valuable of a signing he is going to be for the defending champions.

The Norwegian wunderkind will certainly fight for the title of top goalscorer in his first season with the club and on that note, we don't doubt that he will score against Forest. However, the bookies don't doubt it either and the odds on him scoring at any time are too low, so we suggest betting on Haaland to score first.

The Best Odds, Stats, and More for Man City vs Nottingham Forest

You can check top odds from different bookies for the Man City vs Nottingham Forest duel here, on our website:

While the guests have little chance of success in this game, everything is possible in this league. So, let's check the teams out in more detail:

Despite the fact that they won another title last season, Man City seems even stronger this time around after they signed Haaland from Borussia Dortmund. The team managed to win three of their first games at the start of the new season, along with an exciting draw against Newcastle. However, they haven't been as dominant as one would expect, going behind both Newcastle and Crystal Palace.

After they earned promotion to the top flight of English football for the first time since 1999, Nottingham Forest is one of the teams that's supposed to fight for survival this season. Meanwhile, the team started the new season with one win, one draw, and two losses, which is not that bad for them. 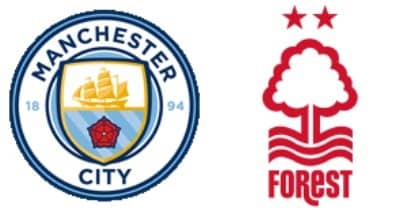