What a tasty 4th Round tie of the FA Cup we have on our hands as the Premier League leaders Man City take on top of the Championship Fulham. Both teams play attacking football and we're expecting lots of goalmouth action on Saturday.

Man City have won each of their last 11 games against Fulham and haven't lost against the London club since way back in 2009. Both teams head into this game top of their domestic league and are capable of scoring a lot of goals on their day. Both teams have scored in four of Man City's last six outings in all competitions, while each of Fulham's last four games have ended with both teams getting on the scoreboard.

As far as a final scoreline is concerned, we're backing Man City to run out 4-2 winners at the Etihad. City scored 4-goals in the last round of the cup against Swindon and we expect Guardiola to play an even stronger starting eleven for the visit of Fulham. Over 5.5 goals have been scored in three of Fulham's last five league games with the visitors netting an incredible 23-goals during that five-game period.

All you need to know about Man City vs Fulham

Top of the Premier League hosts top of the Championship

Man City were away at Southampton in their last game before the international break. An early goal from Walker-Peters saw man city fall behind at St Mary's and it wasn't until the 65th-minute that defender Laporte was able to equalise for the visitor. Try as they did, the Citizens couldn't carve out a winning goal and had to settle for a point. What Man city lack in a natural goalscorer they make up for by spreading their goals throughout the squad, and this si something the Fulham defenders will have to be mindful of.

Fulham were the big favourites to beat Blackpool when the pair locked horns at Craven Cottage over the weekend, even more so when Mitrovic netted his 28th league goal of the campaign after just 6-minutes. However, Fulham failed to add to their tally and paid the price when Blackpool equalised through former Everton youngster Josh Bowler shortly before the hour mark. The scoreline ended 1-1 and Blackpool left the happier of the two clubs.

Man City: Delap, Palmer and Zinchenko could miss out for the hosts. 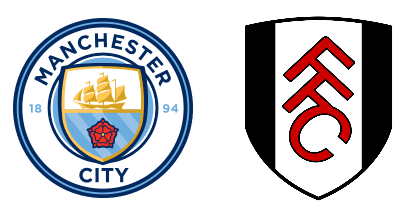