The first leg of this tie was an absolute barnstormer of a game. Will the second leg be as exciting? Find out with our Vikingur Reykjavik vs Malmo match preview with free tips, predictions and odds mentioned along the way.

Both of these teams are in really good form right now with four wins from their respective last five games, however, the blemish on Vikingur Reykjavik's record is a notable one in that it came against Malmo in the first leg. Sure, Vikingur Reykjavik had a man sent off but Malmo proved capable of taking advantage of that. Given the pressure is on Vikingur Reykjavik here to go and win the game we think Malmo will pick them off in key moments. That will leave the hosts with a mountain to climb.

The first leg of this tie saw five goals as Malmo won 3-2 but that is far from the only reason we are expecting a game full of goals here. Both sides also have strong recent form for going north of the 2.5 total goals mark. Vikingur Reykjavik have gone over the 2.5 cut off in each of their last four games whilst averaging 3.5 per game. Malmo meanwhile have also gone over 2.5 in each of their last four games but with a total of 19 goals seen in that time; that's an average of 4.75 goals per match!

Goals await for sure but who will win?

This tie is an intriguing one. Not only does it hang firmly in the balance but the first leg was a really enthralling encounter with goals, cards and controversy aplenty. Where this second leg is concerned, it's positioned on a knife edge. If Malmo get their tactics wrong and Vikingur Reykjavik score early then who knows what will happen!

Vikingur Reykjavik lost the first leg of this tie but they'll point to the red card as a turning point. The truth is, that might have changed the final result or it might not of; regardless though, it happened and now the home side have it all to do. With home advantage – and with 11 vs 11 – they'll be confident of getting a result.

Malmo were looking nearly home and hosed as the first leg ticked into injury time with them holding a 3-1 lead. They gave up a late goal though to cut their lead to the solitary goal and now this game is wide open – especially as they're away from home. We expect them to sit a little deeper and try to hurt their hosts on the counter; they're certainly good enough to execute that plan.

A quickfire FAQ on Vikingur Reykjavik vs Malmo 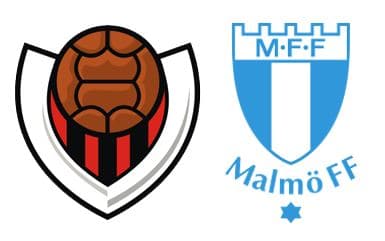