Malmo could move back into the top three if they beat Helsingborg at home and results elsewhere this weekend go in their favour. Visiting Helsingborg sit bottom of the Allsvenskan table as things stand with just 5pts from to their name after 11 games, so the chances of beating high-flying Malmo look very slim.

Three of the last five league meetings between these two clubs have produced under 2.5 goals, and we're predicting another low-scoring affair between the pair this Monday. Four of Malmo's last six outings in all competitions have witnessed fewer than three goals scored while three of Helsingborg's last six matches have also produced under 2.5 goals, adding further weight to our first prediction for Monday's match.

Malmo have outperformed Helsingborg in all departments so far this season and have won each of the last five meetings between the two clubs. Four of those Malmo victories against Helsingborg were accompanied by clean sheets, so you can see just why we're backing Malmo to win-to-nil on Monday night. Malmo haven't conceded a goal in any of their last three competitive and non-competitive matches and Helsingborg have failed to score in two of their last six fixtures.

All you need to know ahead of Malmo vs Helsingborg

Can bottom-side Helsingborg upset the odds in Malmo?

Malmo made the trip to Degerfors for their last league game. A goal from veteran forward Toivonen inside the opening 5-minutes set Malmo on their way to victory. The former PSV man netted his second and his team's second goal of the game right on the stroke of halftime, ending any realistic hopes of a comeback for Degerfors. The second half played out without any further goals, meaning Malmo claimed a 2-0 victory.

Helsingborg started their game at home to AIK well with van den Hurk converting a 42nd-minute penalty to hand the hosts a 1-0 lead at halftime. However, AIK converted a spot-kick of their own in the 51st-minute and just after the hour mark, the visitors made it 2-1. Helsingborg couldn't carve out an equaliser and suffered yet another Allsvenskan defeat.

Malmo: Johan Dahlin, Oscar Lewicki, Anders Christiansen and Adi Nalic could all miss out on Monday through injury.

Helsingborg: Sumar Almadjed, Wilhelm Loeper and Victor Blixt are all expected to be missing through injury until July. 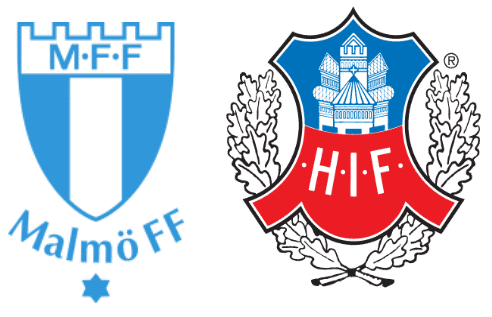