The Sevilla vs Mallorca duel in the mid-week round of La Liga could be very interesting, so let's take a closer look at this match and what we can expect to happen in the game.

Our free Sevilla vs Mallorca betting predictions and picks

If you are looking for the best La Liga predictions, we have them right here on our website, including our top predictions for Sevilla vs Mallorca:

The obvious favourite in this game is Sevilla, but this can be a tricky game since Mallorca needs points to aid them in their battle against relegation. On the other hand, Sevilla basically secured a place in the Champions League, but a win in this game would mathematically confirm that.

With that in mind, we can see Sevilla winning the game. After all, they are a much better team and they will be playing at home. Also, Mallorca enters this game after a devastating 6-2 loss to Granada, so their confidence can't be too high.

The previous three head-to-head duels between Mallorca and Sevilla have all gone under 2.5 total goals, so we expect to see the same in their upcoming match.

The latest odds and stats for Sevilla vs Mallorca

If you want to bet on the highest Sevilla vs Mallorca odds, check our selection of odds from the best UK betting websites:

Sevilla vs Mallorca preview: Can Mallorca find salvation in Seville?

Two wins, two draws, and two losses in the previous six matches are not a great result for a team of Sevilla's caliber, but that was enough to keep them in the third place and to likely secure them a spot in the Champions League since they are now seven points ahead of Real Betis with three games left to be played in the season.

Meanwhile, the team is without injured Anthony Martial, Suso, Karim Rekik, and Fernando, but all other players are healthy and ready for the final stretch of the season.

With two wins and four losses in the last six matches in La Liga, Mallorca is clearly in poor form and that's why they've dropped down to the relegation zone. In fact, the team had a duel against fellow relegation candidates Granada at home over the weekend and they lost that match 6-2, essentially allowing Granada to overtake them in the standings.

Aleksander Sedlar, Inigo Ruiz de Galarreta, and Dominik Greif will remain sidelined through injuries, while Franco Russo is also unlikely to suit up.

The most common questions for Sevilla vs Mallorca 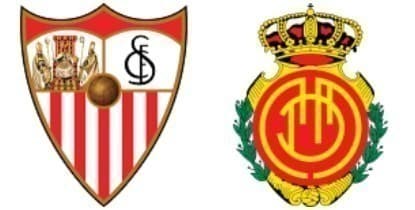