The first game of the third round in La Liga is the Mallorca vs Espanyol duel, a derby between two newly-promoted teams. With that in mind, we have prepared a detailed preview of the game for you.

Our free betting predictions and tips for Mallorca vs Espanyol

You can find the best La Liga betting tips on our website, including our favourite betting predictions for the Mallorca vs Espanyol duel:

Mallorca and Espanyol to Draw at Half Time

This should be a very close duel and we are not sure who will take the win in the match. However, since we expect a tight game, we feel that betting on a draw at half time is a good choice. After all, three of the four matches played by Mallorca and Espanyol in La Liga this season have been draws at half time. Furthermore, two of the last four h2h duels between these teams have also been equal at half time.

The best stats and odds for Mallorca vs Espanyol

If you want to bet on the top Mallorca vs Espanyol odds, check out our selection of odds from the best UK bookies:

Mallorca vs Espanyol preview: A derby between two returnees to La Liga

One season in La Liga 2 was enough for Mallorca and they are certainly glad to be back in the top-tier Spanish competition. Their upcoming opponents Espanyol is another newly-promoted team, so this should be an interesting duel. Mallorca started the new season with a draw against Real Betis and a win over Alaves. Costa, Sastre, and Sanchez are currently on the injury list for the club and unavailable for the Espanyol game.

After one season in the second-tier Spanish league, the team from Barcelona is back to La Liga and they've started the new season with a couple of scoreless draws with Villarreal and Osasuna. While those are not bad results, Espanyol will have to get some wins as well if they want to avoid relegation battle. Luckily for them, only Pedrosa is currently injured and will miss the upcoming match.

The most common questions for Mallorca vs Espanyol 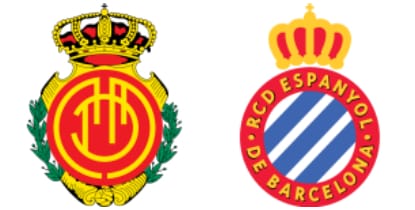