The first match scheduled for Saturday in La Liga is the Elche vs Mallorca duel, which is a very important game for both teams. If you want to know more about it, check our preview of the match and our free betting tips.

The best Elche vs Mallorca betting picks and predictions

If you are not sure what is the right bet for Elche vs Mallorca, check our top betting tips for this game right here:

Elche and Mallorca to Draw

The last four head-to-head meetings between Elche and Mallorca have all ended without a winner and we would hardly be surprised if that is the case on Saturday as well.

After all, the two teams are separated by just three points and they are both in danger of relegation, so a draw could perhaps suit them both and this outcome does sound like the most realistic one.

Elche and Mallorca to Draw at Half Time

Since we can see this game ending in a draw, we can also see Elche and Mallorca being tied at half time. After all, a draw at half time is the most common result for matches that end without a winner.

In addition to this, three of the previous five h2h duels between Elche and Mallorca have been draws at half time, so we can see that being the case again in their next game, especially since an important match for both teams.

The top odds and important stats for Elche vs Mallorca

If you are trying to find the best Elche vs Mallorca odds, you can check them all out right here on our website:

With both teams in the midst of the battle against relegation, this should be a very exciting game. So, here's a closer look at the teams ahead of this duel:

With five losses in the last six games in La Liga, Elche is clearly in very bad form. The team has dropped down the standings and now they are in danger of relegation since they are just four points ahead of Cadiz, the first team in the relegation zone. With seven rounds left in the league, Elche needs to secure a few good results to have a piece of mind.

On the bright side, the team is almost completely healthy, with Lucas Boye being the only injured player at club right now.

After seven straight losses, Mallorca finally ended this poor streak with a win in the last round. Even more impressive was the fact that they beat the reigning champions Atletico Madrid. So, at the moment, Mallorca is out of the relegation zone, but that's by just one point and they have a tough road ahead if they want to stay in the league.

Meanwhile, Mallorca has a few injured players who are likely going to miss the next game, including Seldar, Ruiz de Galarreta, and Greif. 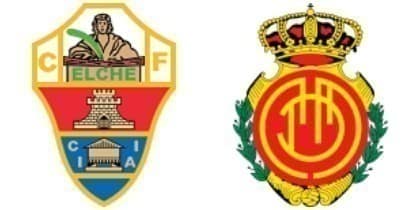