Athletic Bilbao meet Mallorca at San Mamés Barria in La Liga on Monday, August 15th. Can Los Leone’s secure three points in their first game of the new season? Read our free predictions and find the latest odds for the fixture below in our detailed match preview.

Can Athletic beat Mallorca at home for the second year on the spin when the teams meet in Bilbao on Monday? Read our top predictions for this week’s fixture below.

Athletic Club start their latest La Liga campaign against a Mallorca side that survived the drop by the skin of their teeth last term and a home victory looks like the likeliest outcome at the San Mamés Barria. Athletic have won each of their last six meetings with Mallorca in Bilbao and they should be able to harness home advantage again in their first test of the season on Monday.

Athletic found the net twice in each of their tussles with Mallorca in La Liga last season and they have notched two or more times against them in three straight encounters overall. Bilbao generally carry more attacking threat on their own patch than they do on the road in Spain and they have registered at least twice in six of their last nine home assignments in La Liga. We recommend backing them to repeat the trick against a weak-looking Mallorca outfit this week.

Top Betting Odds and Stats for Athletic Bilbao vs Mallorca

View our list of the top stats for Monday’s fixture below alongside a tool to help you choose the best odds.

Read all of the latest injury updates and team news for Monday’s La Liga meeting between Athletic Bilbao vs Mallorca below.

Athletic have issues in goal where both first-choice Unai Simon and his back-up Julen Agirrezabala are considered doubtful. Yeray Alvarez, Inigo Martinez and Mikel Balenziaga also have issues to shake off, as does attacker Raul Garcia.

Mallorca are sweating on the availability of Amath Ndiaye and Ruiz de Galaretta ahead of Monday's game. Summer signings Vedat Muriqii, Pablo Maffeo and Pedrag Rajkovic will all hope to make their debuts as will loanee Rodrigo Battaglia. 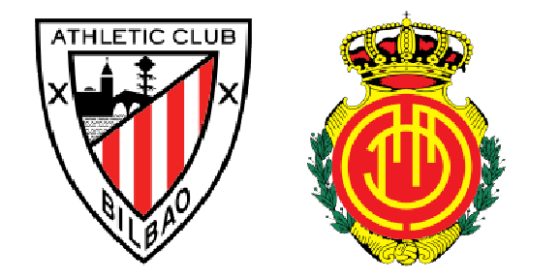 Athletic Bilbao have been priced as favourites to win this week by the bookies.