Lyon has lost only once in 12 home fixtures played so far. But can they stand the test against the best team on the road, Nice? Find out how we are tipping these teams to perform in this Round 24 of Ligue 1 2021/22 season in this post.

Our Top Best Predictions for Lyon vs Nice

This is a matchup between the sixth-best team on home record and the away best. But if we look at the reverse meeting, a goal-fest that ended 3-2 in favour of Nice promises a battle of the weekend at the Groupama Stadium. Both teams suffered a defeat in their last Ligue 1 match. Our best predictions for Lyon vs Nice are as follows:

While most of the bookies have handed Lyon an edge in this game, losing 3-2 in the reverse match means this will not be walkover for Peter Bosz and his men. The hosting manager has previously lost to Nice head coach, Galtier, in the only meeting between the two tacticians. Also, note that both teams scored in the last five Ligue 1 meetings. Backing goals on both ends is a good pick for two teams with an impressive scoring run.

Lyon vs Nice: the Best Odds, Form and Team History

In the tables below, we have summarized the latest stats, team history and bookies with the best odds for the Ligue 1 game.

Lyon is the sixth-best team on home run after 12 Ligue 1 games at the Groupama Stadium. In those games, the hosts scored 21 goals and leaked 13. The good scoring form at home should motivate Lyons’s squad in this game as they look to avenge 3-2 loss in the reverse fixture. Nice has been strong defensively away from home, leaking only five goals and scoring 20 in 11 trips. However, lack of clean sheet against Lyon in the last five league meetings is why we feel there will be lots of goals in this game.

Lyon will be without the service of several players in this game. They include Silva who is down with ankle injury, Aouar (thigh injury), Denayer (ankle injury), Adelaide (cruciate ligament), Pintor (cruciate ligament), Cherki (broken foot), Kadewere (muscle injury) and Toko Ekambi. On the flip-side, Nice will make this trip to Lyon without two players namely Amavi who is nursing a knee injury and Benitez sidelined with COVID. 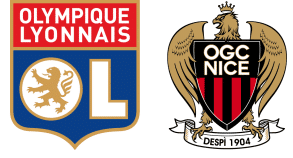 How do these teams compared in the last five Ligue 1 meetings?

Who will referee this game?