Lyngby go in search of their first win of the new Superliga season at the fourth attempt when they take on Midtjylland at the Lyngby Stadion on Friday. The visitors currently sit five places and 3pts clear of their hosts following an average start to the campaign, only picking up their first win last time out against OB.

There is a good chance that we will be treated to goals in this game as two of the last three times that Lyngby have hosted Midtjylland, over 2.5 goals have been scored. At least three goals have been scored three of Lyngby's last four outings in all competitions, which includes two of their three league games so far this season. Three of Midtjylland's last six outings have also produced over 2.5 goals, which includes two of their opening three matches in the Superliga.

We're not backing either side to keep their clean sheet intact on Friday night, believing that goals will go in at both ends of the pitch. Both teams have scored in three of Lyngby's last four fixtures and the hosts have only managed to keep one clean sheet in their last six attempts. Each of Midtjylland's last six outings have ended with both teams getting on the scoreboard, adding further weight to our second prediction for Friday's clash.

All you need to know ahead of Lyngby vs Midtjylland

Lyngby made the trip to Nordsjaelland last time out and tailed 1-0 at the interval to a goal from Hansen in the 36th-minute. Lyngby showed more purpose in the second half and got back onto level terms through Nielsen in the 67th-minute but the game still ended in defeat for the away side thanks to an 80th-minute winner for Nordsaelland by Hansen.

Midtjylland put in a five star performance away at OB at the weekend. Dreyer opened the scoring for the visitors in the 24th-minute but the teams went in level at the break thanks to a 32nd-minute equaliser. Just 7-minutes after the restart for the second half, Midtjylland took the lead again, this time Isaksen got the goal. Dreyer scored his second of the game soon after to make it 3-1 and minutes after that, Kaba scored a fourth goal for the visitors. Sisto capped off an impressive second-half display with a fifth and final goal for Midtjylland.

Lyngby: Frederik Gytkjaer and Sebastian Koch could both miss out on Friday due to injury.

Midtjylland: Júnior Brumado is back in training but might not be risked for the trip to Lyngby.

Lyngby vs Midtjylland – Your Questions 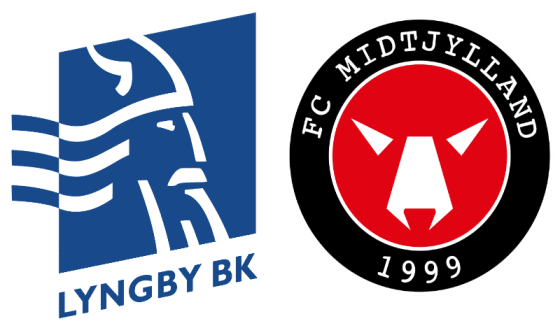