Luxembourg vs Republic of Ireland: Our top tips

Republic of Ireland to win

Luxembourg might have beaten Republic of Ireland last time the sides met but we don't see a repeat of that here. Republic of Ireland have only lost one of their last nine matches and prior to their impressive point against Portugal on Wednesday evening had back to back wins. Luxembourg had a good result in the week too beating Azerbaijan but it's their only win in five with three defeats in that time; two of them being quite heavy against Portugal (5-0) and Serbia (4-1). Ireland have held both those sides in recent matches. They'll feel they should win this game and longer term have a much better head to head record with four wins in the last five meetings.

Our next tip for this game is to back under 2.5 total goals. You have to use a little bit of common sense when looking at the form book because Luxembourg are liable to receive a hammering now and then. The fact Republic of Ireland have only scored three or more goals twice in their last 25 away games suggests they're not about to dish out a hammering too. On top of that, the two nations have only shared three or more games twice in the history of football.

Callum Robinson might only have two qualifying goals to his name but make no mistake about it, he knows where the goal is. He already has eight goal contributions from 16 league games for West Brom and for in the last international break scored five goals in just two games. He'll be confident of adding to his tally against a Luxembourg side that have shipped 15 goals in qualifying.

Find the best odds for Luxembourg vs Republic of Ireland

If you told Republic of Ireland that they'd be below Luxembourg in Group A after seven qualifying games and few would have believed you. Well, if they want to change that then they'll need to beat them in game eight. It won't help their qualification dreams as they're already over but it would help their pride and the prospects of manager Stephen Kenny, whose contract runs out after the qualification campaign. Ireland have some decent players in their ranks with the likes of Seamus Coleman and Jeff Hendrick but it won't be easy. Luxembourg's main man Gerson Rodrigues has enjoyed a successful qualifying campaign in the shape of five goals; he'll be a threat.

FAQ on Luxembourg vs Republic of Ireland 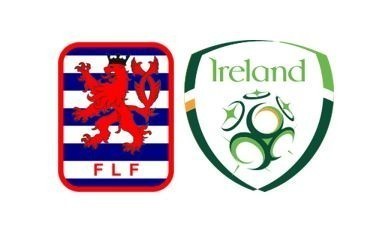