Luton vs West Brom: Check out our betting tips

West Brom are yet to win under Steve Bruce. Can they get that first three points here? Find out with our Luton vs West Brom match preview with free tips, predictions and odds mentioned along the way.

Baggies to win it

If you look purely at the form book then you'd never back West Brom to win this game but that is exactly the prediction we are making. West Brom have won just one of their last five games whilst Luton have only lost one of their previous five outings. Of course, Steve Bruce wasn't manager in three of those five West Brom games we reference and whilst the former Newcastle boss is winless from his first two games they've been up against good opposition in Sheffield United and Blackburn. Luton's good run came to an abrupt end last time out as they were smashed by lowly Birmingham; that loss and green shoots in West Brom make us think this is the time for Bruce to grab his first Baggies win. The last five head to head meetings have all seen West Brom win too.

It would have been hard to dream up a scenario where Luton were just one point behind West Brom with a game in hand earlier in the season yet here we are. Surely though, it is still the Baggies that have the best shot at making the top six come May.

As a season as a whole this year has been really strong from Luton and they could well still make a charge for the top six. Results like their 3-0 stuffing last time out won't help with those ambitions though and it's piled pressure onto this fixture, which is much tougher than the previous one – on paper at least.

West Brom are yet to win and yet to find the net since Steve Bruce arrived as manager. Despite that, there were plenty of positives in their last game against Blackburn. Now though the Baggies need to see points on the board as well – starting here. 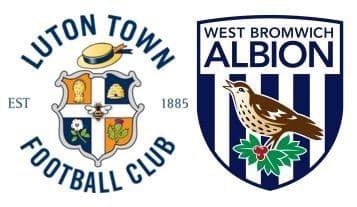