Let's check out the latest Luton vs Watford betting tips, predictions, and odds. You can also view our other Championship betting tips on the site.

Below, you can read about the top free betting tips created by our Championship betting experts. Our recommended bookmaker for this match is Ladbrokes.

Before you place any wagers, make sure you check out the odds for all betting tips because they might have changed.

It's highly unlikely that both teams will score during the game because only 39% of Watford's games both teams scored, and that was against tougher opponents, such as Middlesbrough or Cardiff. Luton's BTTS percentage is even less with 32% for the entire Championship.

Luton has scored an average of 2 goals per Championship game, which is the same as Watford. It's highly unlikely that there will be more than 2.5 goals scored considering their last head-to-head finished with one goal for Watford.

In the tables below, you can check out all the latest statistics and match histories of both Championship clubs.

Will Watford Win at the Game on Saturday?

Both teams have a few injured players, who will be missing Saturday's game. For Watford, there is midfielder Tom Dele-Bashiru, who has an ACL injury, and forward Troy Deeney who is with an Achilles tendon.

Luton's defender Tom Lockyer will be out until late April at the latest because of his ankle injury, and Eunan O'Kane is suffering from a broken leg, but he is set to be back this month also, so we may see him in future games.

We don't believe that Luton will put up much of a fight considering their last match between each other ended with 1-0 for the Hornets. Luton also lost their last home game against Barnsley, who are below Watford in the table. 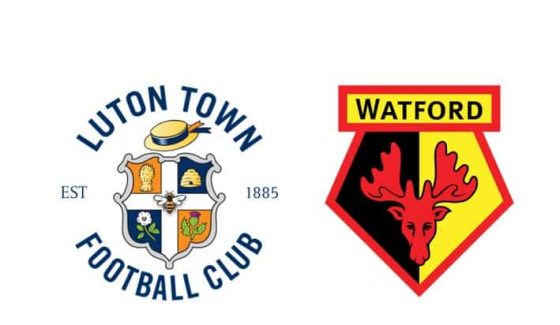