Bristol City earned a morale boosting win last time out and now have the chance to move right into the thick of mid table. Can they do that with back to back wins here? Find out with our Luton vs Bristol City match preview with free tips, predictions and odds mentioned along the way.

Hatters to win it

Luton might have lost last time out as Bristol City took three points off Cardiff but the longer term form book points firmly in the direction of a Luton victory; that's exactly what we're backing to happen too. The Hatters defeat at Sheffield United was their first loss in six games with the five prior matches seeing them win four and draw one; that was with Fulham. Bristol City meanwhile have won just four of their last 10 games; they've lost that many as well. The real clincher for our home win tip though comes in the form of the head to head record. Luton have won the last five meetings between the sides at Kenilworth Road and haven't lost a home match against the Robins since 2000!

This is another prediction that we're extremely confident in courtesy of a strong set of supporting stats. Luton have seen three of their last five home games go over the 2.5 mark with a game average of 3.0 goals. Bristol City's away form is even more reassuring; they've seen four of their last five go north of 2.5 goals and their game average in that period sits at a whopping 4.4 goals. Oh, and the last seven meetings where Luton have been at home have gone over 2.5 too.

Check out the key stats & form for Luton vs Bristol City

Luton vs Bristol City is very much a mid table clash after recent results. If the Hatters win this game though it could soon change with one side feeling hopeful as the other fearfully looks behind. How will the teams approach it?

Luton are smack bang in mid table but they have a few games in hand on most; if – and it's a big if – they win them all they'll be right in a playoff hunt. This is game one of those and it's very much winnable.

Bristol City will look at where they stand after beating Cardiff and think that all but guarantees another year of Championship football. They're probably right but some momentum of another positive result here wouldn't go amiss.

A brief FAQ ahead of Luton vs Bristol City 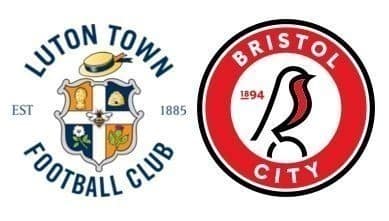