Ludogorets to win to nil

Ludogorets earned a comfortable win in the first leg. Will they win the second leg too? Find out with our Sutjeska vs Ludogorets match preview with free tips, predictions and odds mentioned along the way.

Ludogorets to win with a clean sheet to boot

Next, we'll take a look at the BTTS market. We've mentioned that Ludogorets did not concede in their last three games; because of their solid defence, their games usually don't feature goals at both ends. At least one side blanked in Ludogorets Razgrad's last four, and seven of their last nine games. In the same vein, Sutjeska Niksic have struggled to find the net in recent weeks; as they did not score in three of their last four games. All things considered, at least one of these teams should keep a clean sheet.

Here are the key stats & form guide for Sutjeska vs Ludogorets

Can Ludogorets finish the job?

Ludogorets won the first leg 2-0 giving them a healthy, if not unassailable, lead. They should have enough about them to progress without any real hiccups but a two goal advantage does leave the door ajar for Sutjeska; if they strike first then the whole complexion of the tie will transform.

Things have not gone too well for Sutjeska Niksic the past couple of months; they have one win in their last nine games, with a draw and seven losses. Sutjeska Niksic are coming off back-to-back losses, including the reverse fixture of this tie; they'll hope to get back to winning ways today.

A quickfire FAQ on Sutjeska vs Ludogorets 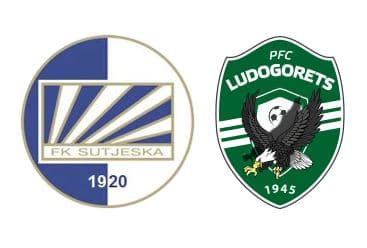