Raith Rovers have made a great start to the league cup with two wins from two. Can they extend that run to three when they head to Livingston? Find out with our Livingston vs Raith Rovers match preview with free tips, predictions and odds mentioned along the way.

Neither of these sides are in perfect form but we give Livingston the edge with home advantage playing a big role. The hosts ended last season in a four game winless run on their own patch but have won back to back games at the Tony Macaroni Arena since. Raith meanwhile have looked good in the cup but their broader form has been mixed with two wins, two defeats and a draw from their last five. Livingston have more quality in key areas and that should see them take the points.

A clean sheet for Livingston

We've made the prediction that Livingston will win with the first of our tips and we think they'll do so whilst keeping a clean sheet; we're not going for a ‘win to nil' bet though to keep the prospect of a draw covered. Livingston have kept four clean sheets in their last five games whilst Raith Rovers have blanked three times in their last 10. When you consider that Livingston are in a superior league as well they shouldn't be troubled too much.

Despite backing Livingston for a clean sheet we also wouldn't be shocked to see this match end up with total goals in excess of 2.5. Livingston's last three matches have all exceeded that threshold whilst Raith Rovers have seen at least three goals in three of their last four. Finally, you can look at the head to head record; their last 10 meetings have seen 28 goals i.e. an average of 2.8 per meeting.

Raith Rovers are top of group D at the time of writing have won both their opening matches in the league cup. Their longer term form hasn't been quite as convincing though and Brad Spencer, who netted a brace against Brechin last time out in this competition, will need to produce more magic to give them a chance against Livingston. The hosts had won three on the spin before losing to Alloa a couple of nights ago. They are usually decent at the back with four clean sheets in five so the only question is who will score the goals? It's not because they struggle to net though rather than the fact they just spread them around so much. 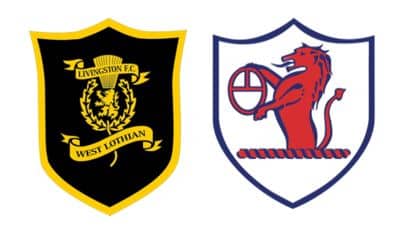