Liverpool failed to beat Tottenham at the weekend meaning Man City now have one hand on the Premier League title. Can the Reds win here to keep the pressure on? Find out with our Aston Villa vs Liverpool match preview with free tips, predictions and odds mentioned along the way.

Liverpool to win by at least two goals

Let’s cut to the chase, Liverpool should win this game and we expect them to do exactly that. In fact, we’re so confident they’ll bounce back from their Spurs disappointment that we fancy them to win by a margin too hence the minus one goal handicap. Liverpool have won five of their last six games winning three of those five by two goals or more. Aston Villa’s most recent loss meanwhile came against Tottenham; they lost that 4-0.

Liverpool and Aston Villa have served up some high scoring weeks in recent years with three of the last five going over 2.5 goals; the average goals per game in that period is a rather hefty 4.0. Given the way both teams play their football, there is every chance this match plays out with a few goals in it and, with the odds on offer, we think that’s a wager that offers real value.

Aston Villa vs Liverpool: Let's look at the predicted lineups

Not only will this game be a big one in the Premier League title race but it's also stacked with the sub-story of Steven Gerrard going up against his former club. Can he and his men all but end Liverpool's charge at the title?

Aston Villa had endured a little wobble not too long ago but they've bounced back now with two wins and a draw from their last three matches. That means they've got a really good chance of finishing in the top half of the table, which would have been seen as a good achievement when Gerrard took over.

What is there to say about Liverpool heading into this match? Their season has been another good one with plenty of talk about an unprecedented quadruple, however, that ambition took a major knock at the weekend as they drew with Tottenham and Jurgen Klopp was visibly annoyed. Anything but a win here will all but give Man City the title.

A quickfire FAQ on Aston Villa vs Liverpool 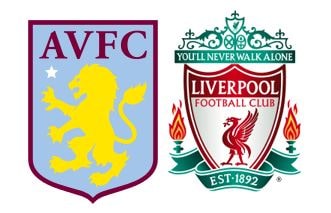